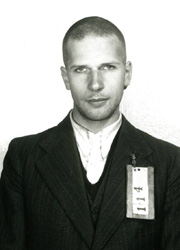 BERLIN - THE German government said on Monday it believed there may be a way to bring to justice an SS hitman who has lived as a free man in Germany since escaping from a Dutch prison in 1952.

'The result of the enquiry is that there will perhaps be a possibility to enforce the verdict of the Dutch court,' her spokesman told a regular news conference.

The minister has had to send a request to the Bavarian justice ministry, which has responsibility for the case, however, asking it to review the options, the spokesman said. No reply has been received so far.

Public broadcaster Bayerischer Rundfunk this month cited the state's justice ministry as saying it needed 'new facts not known until now' before the Dutch verdict could be enforced.

Last week a petition by 150 Israeli lawyers was presented to the German government calling on Berlin to do more to bring Dutch-born Faber to justice, Israeli media reported. -- AFP