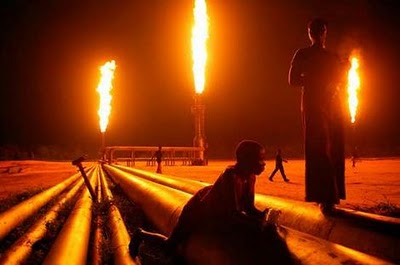 In February 2007, George W. Bush announced the creation of a new unified combatant command for Africa. After several years of deliberation, the Pentagon finally agreed to create AFRICOM (African Command), which will relieve EUCOM (European Command) and CENTCOM (Central Command), which had previously shared responsibility for Africa. In July, Bush appointed General William "Kip" Ward to run AFRICOM, which will be based in Germany until it finds an African home (Liberia, which was from 1976 to 1997 home to an Omega surveillance system, is openly lobbying to host AFRICOM). Sensitive to criticism that AFRICOM seeks to bring a military solution to African problems, the U. S. assistant secretary of defense for African Affairs, Theresa Whelan hastily said, "Africa Command is not going to reflect a U. S. intent to engage kinetically in Africa. This is about prevention. This isn't about fighting wars."

Navy Rear Admiral Robert Moeller, who led the Africa Command Implementation Planning Team, pointed out that "the increasing importance of the continent to the U.S.," particularly on strategic and economic grounds, makes this development necessary. The proximate issue used to push for AFRICOM is the ongoing crisis in Darfur, and the failure of the U.S. to act in the 1994 genocide in Rwanda. And the less talked about issue is the importance of African resources for the U.S. economy and for multi-national corporations. Oil is, of course, a central character in this story.

In September 2002, the New York Times ran an article with a telling headline, "In Courting Africa, U.S. likes the Dowry: Oil." The article quoted then Energy Secretary Spencer Abraham, who said, "Energy from Africa plays an increasingly important role in our energy security." The following year, a senior Pentagon official told the Wall Street Journal, "A key mission for U.S. forces [in Africa] would be to ensure that Nigeria's oil fields, which in the future could account for as much as 25 percent of all U.S. oil imports, are secure." This figure comes from the National Intelligence Council's report of 2000 (when the U.S. imported 16% of its oil needs from sub-Saharan Africa). Since 9/11, the urgency of a stable source of oil has increased. Historian John Ghazvinian's new book Untapped: The Scramble for Africa's Oil points out that not only is African oil of high quality, but it bears other significant political advantages: most African countries are not OPEC members, their oil is not owned by powerful state oil companies and the oil is largely offshore, which means "that even if a civil war or violent insurrection breaks out onshore (always a concern in Africa), the oil companies can continue to pump out oil with little likelihood of sabotage, banditry or nationalist fervor getting in the way."

Eighty percent of new oil reserves discovered between 2001 and 2004 come from West Africa, where the U.S. currently gets only 12% of its total supply. West Africa is a crucial site for U.S. interests, so much so that the U. S. is willing to be openly hypocritical about its promotion of democracy and human rights when it comes to the region. In April 2006, U.S. Secretary of State Condoleezza Rice warmly welcomed her "special friend," Equatorial Guinea's man of all seasons and many decades, Teodoro Obiang. Her own department annually chastises Obiang's regime for corruption, human rights violations and electoral fraud. Despite being home to some of the poorest people in Africa, Equatorial Guinea is the third largest oil producer in the continent, whose oil, the U.S. government hopes will flow across the Atlantic to power the United States. The U.S. has been loath to put pressure on Nigeria for the very same reasons.

For decades, the oil regions in West Africa have been "swamps of insurgency" (as the International Crisis Group put it in a 2006 report). Wars in the Niger Delta, for instance, claim lives and communities, as well as barrels of oil. Both the Nigerian and the U. S. governments are concerned about "resource control," and it has been the task of the Nigerian military to clamp down on dissent with force. Resource wars in the Congo (over diamonds and coltran) and in West Africa (over oil) have set the continent on fire. The U.S. has thus far engaged with these conflicts through Africa's national armies, who have increasingly become the praetorian guards of large corporations. None of this can be justified directly as a protection of the extraction of resources, so it has increasingly been couched in the language of the war on terrorism. The Pan-Sahel Initiative (created in 2002) draws U.S. Special Operations Forces to Chad, Mali, Mauritania, and Niger. In 2004, the U.S. extended this to the major oil producing countries of Algeria, Nigeria, Senegal and Tunisia and renamed it the Trans-Saharan Counter-Terrorism Initiative. After 9/11, the U.S. moved a Special Operations Force into a former French Foreign Legion base, Camp Le Monier, in Djibouti. In July 2003, the U.S. earned the right to deploy P-3 Orion aerial surveillance aircraft in Tamanrasset, Algeria. Under the guise of the War on Terrorism, the U.S. government has moved forces into various parts of Africa, where they were able to train African armies and to intervene in the increasingly dangerous resource wars.

If the U. S. government is quieter in its approach, right-wing think tanks in the U. S. feel no such compunction. The Heritage Foundation has lobbied for the creation of AFRICOM for several years, and it is arguable that its work moved Donald Rumsfeld to consider an African Command. In a 2003 study entitled "U. S. Military Assistance for Africa: A Better Solution," the Heritage Foundation argued, "Creating an African Command would go a long way toward turning the Bush Administration's well-aimed strategic priorities for Africa into a reality." Rather than engage Africa diplomatically, it is better to be diplomatic through the barrel of a gun. "America must not be afraid to employ its forces decisively when vital national interests are threatened."

Nevertheless, the U.S. will not need to always send its own soldiers. "A sub-unified command for Africa would give the U.S. military an instrument with which to engage effectively in the continent and reduce the potential that America might have to intervene directly." The AFRICOM would analyze intelligence, work "closely with civil-military leaders" and coordinate training and conduct joint-exercises. In other words, the U.S. would make the friendly African military forces "inter-operatable" not only with U.S. hardware but also with U.S. interests. When AFRICOM became reality Heritage's Brett Schaefer welcomed the "long overdue" move. ...