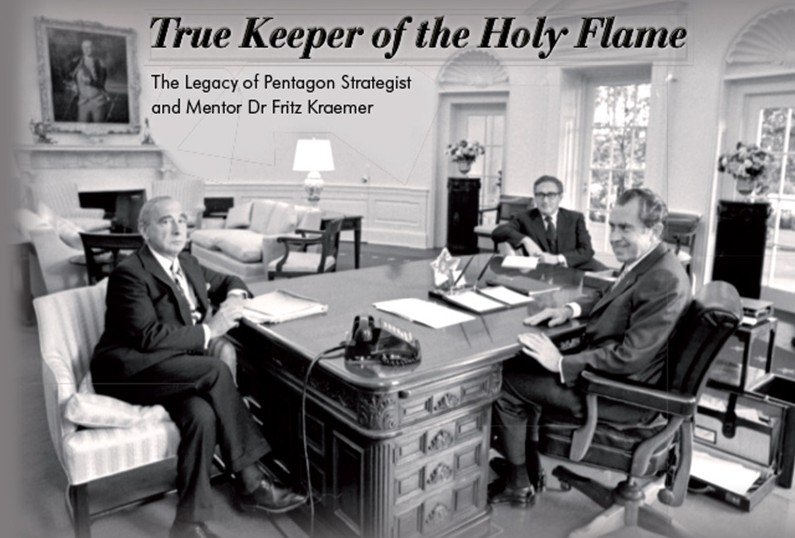 “Pentagon Strategist Fritz Kraemer and the World 3.0“, available only in German, is a  puff piece, but even right-wing propaganda offers some essential information, in this instance on fascists like Kraemer, Kissinger, Rumsfeld, etc. Dr. Hubertus Hoffmann, founder and president of the World Security Network (WSN) mentioned in the story, maintains that he was “inspired by my long-term mentor Dr. Fritz Kraemer, who demanded to give something back to humanity by supporting and enabling the talents of the young in a new global foreign affairs elite.”

All the world needs is another “global foreign affairs elite.”

Hoffman boasts that the WSN advisory board “includes 20 retired generals and admirals.” But the network’s shining star is Fritz Kraemer.  Pulitzer Prize-winning literatum Norman Mailer makes an appearance at the WSN website to compliment Kraemer. Mailer touts Kraemer as a “genius who has influenced the thinking and planning of the Pentagon for several decades, probably more than anyone before him.” No doubt, but for WSN promotion purposes the trademark Mailer backhand slap in the next sentence should be redacted: “Only history will tell what the consequences of his ominous presence have been.“

Investor and  British Army vet Richard Nunneley, another Kraemer admirer, oozes: “Fritz Kraemer had been a moral compass and a rock of wisdom in the Pentagon from the early 1950s until his retirement in 1978, as the true ‘Dr. Strangelove’ with a monocle, a walking stick in his hand and two PhDs as an intellectual background. He was ‘Kissinger’s Kissinger’ from 1944 until the mid 1970s, when he cut the relationship out of frustration. His master pupil and former U.S. Secretary of State Henry Kissinger remembered: ‘Fritz Kraemer was the greatest single influence of my formative years. An extraordinary man who will be part of my life as long as I draw breath.’ He influenced many young talents and high ranking officers with his fighting-spirit and know-how. He died at the age of 95 and was buried with full military honours in Arlington National Cemetery on October 8, 2003.

A decade after he was buried, the war criminals mentored by Kraemer still revere his “holy flame” …  move over, Jesus, the ultra-cons have a new messiah … :

(Google translation of the German article, edited by Alex Constantine) 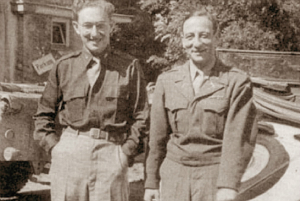 He was the discoverer and mentor of both U.S. Secretary of State Henry Kissinger and Alexander Haig. German-born Dr. Fritz Kraemer was an influential strategist in the Pentagon for 25 years. From 1952 to 1978, he served as a geo-strategic advisor to the Chief of Staff of the U.S. Army on the American defense policy. Dr. Hubertus Hoffmann, journalist, media manager and investor, worked for many years together with Kraemer, and published the book “True Keeper of the Holy Flame – The Legacy of Pentagon Strategist and Mentor Dr. Fritz Kraemer.” On Tuesday, Hoffmann hosted a book reading and discussion at the Wall Museum at Checkpoint Charlie in Berlin.

Entitled “Pentagon Strategist Dr. Fritz Kraemer and the World 3.0 – New Elements of a More Effective Foreign and Security Policy in a Globalized World Order,” the panel discussion concerned current developments in the Middle East and NATO. The panel included Dr. August Hanning, former President of the Federal Intelligence Service, and a former Chairman of the Military Committee of NATO, retired General Harald Kujat.

The debate was highly topical, with attending experts presenting their positions on the current situation in Mali. The African country is increasingly occupied by radical Islamist groups determined to introduce the Islamic legal system, Sharia. After the Malian government asked the international community for help, France decided to go it alone with troops from Mali, a military offensive against the Islamists.  The plenary session in Berlin criticized both the EU and the federal government because they would have to respond faster and more decisively in the future.

Author Hubertus Hoffmann presented his book t0 the audience. Hoffmann and Kraemer founded the World Security Network in 2001 — the largest global elite network for young people interested in foreign and security policy. The Foundation does not want this important policy area resigned to left-wing extremists, the mediocre majority of politicians or bureaucrats. Hoffmann’s new book will shed light on the life and work of Fritz Kraemer. Chapters in the book were written by Kraemer’s colleagues,. including former U.S. Secretary of State Henry Kissinger, U.S. President Richard Nixon and former Defense Secretary Donald Rumsfeld. 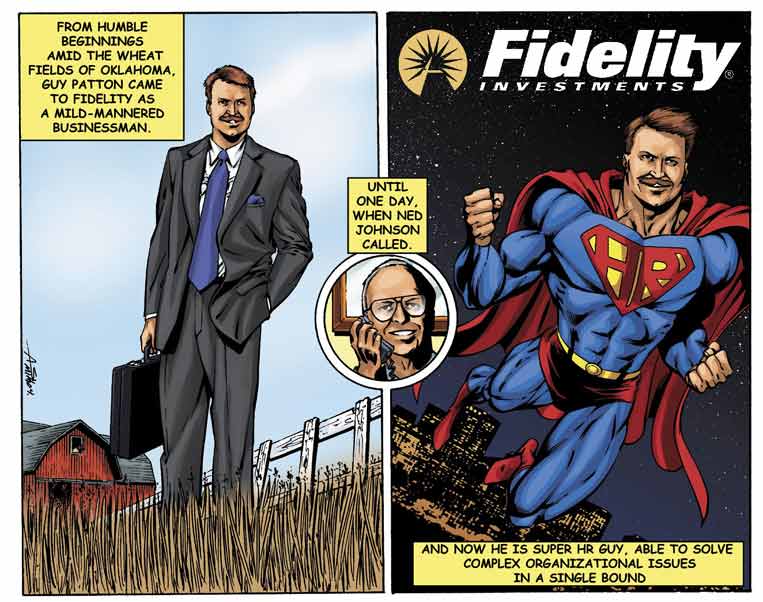