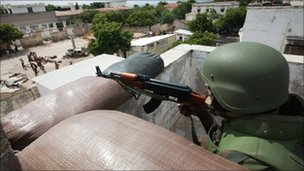 Uganda has responded angrily to a leaked draft UN report which accuses its army of war crimes in the Democratic Republic of Congo.

In a letter obtained by the media, the Ugandan foreign minister condemns the report as "deeply flawed".

He warns that the report could threaten Uganda's commitment to regional peacekeeping missions, such as Somalia.

Rwanda has also strongly condemned the draft report, which had suggested its troops may have committed genocide in DR Congo.

The UN report - into conflicts in the DR Congo between 1993 and 2003 - is expected to be published on Friday and is said to detail crimes never previously documented. 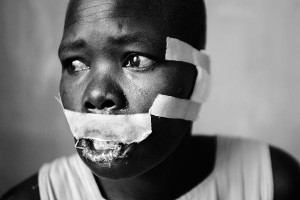 The draft version alleges that the Ugandan army committed war crimes and crimes against humanity when it backed Congolese rebels who overthrew President Mobuto Sese Seko in 1997 and went on to occupy parts of the east of the country.

They include allegations of massacres of civilians, torture, and the destruction of infrastructure that led to civilian deaths.

But in his letter, Ugandan Foreign Minister Sam Kutesa says his country rejects the allegations and says the report is based on rumours and lacking in proof.

He accuses the authors of relying on information provided by parties whose motives are suspect, and of failing to consult Uganda on the allegations.

"Such sinister tactics undermine Uganda's resolve to continue contributing to, and participating in, various regional and international peacekeeping operations," said Mr Kutesa's letter to the UN.

Commentators say this threat will raise concern about Uganda's commitment to peacekeeping in Somalia - where along with Burundian troops it is seen as providing a critical defence to the UN-backed government against the threat of al-Shabab rebels.

The report has generated significant controversy even before its official publication.

Rwanda was furious over allegations of genocide made in the report. It only retracted a threat to withdraw its peacekeepers from Darfur after a visit from the UN Secretary General Ban Ki-moon, and being allowed to submit comments for inclusion in the report.