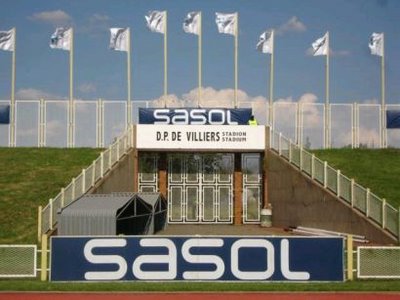 " ... Imagine the public relations nightmare facing an oil company that uses technology responsible for powering Nazi Germany, that propped up apartheid for decades and that operates a plant with the dubious distinction of being the world's biggest single-point source of carbon dioxide. ... "

Opinions on oil companies fall into two camps. If you own one or work for one, you'll probably see oil companies as vital lubricants of the world economy, without which business and development would collapse and millions would stagnate in poverty. If you're anyone else, you'll know them as giant enterprises making billion-dollar profits, by turns accused of holding the world economy hostage, precipitating a global food crisis and endangering the planet. Now imagine the public relations nightmare facing an oil company that uses technology responsible for powering Nazi Germany, that propped up apartheid for decades and that operates a plant with the dubious distinction of being the world's biggest single-point source of carbon dioxide. Only a die-hard optimist could talk up such a company, right? Meet Pat Davies, head of South African energy giant Sasol, and listen to him speak about its prospects. "We're coming into a sweet spot, a unique position," he says with a calm, easy smile. "We're in the lead position worldwide in what we do, and there's enormous interest in us right now."

The transformation of Sasol from a company with the most dubious of pasts into a company with the brightest of futures illuminates our can't-live-with-it, can't-live-without-it relationship to oil. The future well-being of the planet depends on our reduction of fossil-fuel emissions. On the other hand, the future well-being of much of humanity depends on our continued use of fossil fuels. The way companies like Sasol negotiate this dilemma will help determine the future for all of us.

But first, about that dubious past. Sasol's origins can be traced to the work of two German scientists, Franz Fischer and Hans Tropsch, who in 1923 came up with a process to convert coal to liquid fuel. When Adolf Hitler seized power in coal-rich, oil-poor Germany in 1933, the Nazis used the Fischer-Tropsch process to help power their military expansion across Europe; during World War II, Germany was producing 125,000 bbl. of synthetic fuel a day at 25 plants. After the war, a South African entrepreneur called "Slip" Menell bought the South African rights to Fischer-Tropsch, and in 1950 the new white supremacist Nationalist Party government formed Sasol--an acronym for Suid-Afrikaanse Steenkool en Olie (South African Coal and Oil)--to produce gasoline from South Africa's vast coal deposits.

As international sanctions began to bite in the 1970s, Sasol became integral to the survival of an isolated South Africa--and a frequent target of Nelson Mandela's African National Congress (ANC) guerrillas. In 1980 the ANC's military wing, the Umkhonto we Sizwe, blew up parts of Sasol's plants in Sasolburg and Secunda, both south of Johannesburg. In 1983, '84 and '85, the rebels returned to launch rocket attacks on the plants. (The rockets missed, but the attacks are commemorated to this day in an ANC song whose chorus goes, "Whoosh! Whoosh!")

White supremacists using Nazi technology is a Venn diagram of bad p.r. Yet Sasol survived the end of apartheid. Why? Because it's an energy company. Precisely those qualities--size, profits, energy security--that made it a target of the ANC as a rebel group made it vital for the ANC as a government. Today Sasol has a market cap of $32 billion and is South Africa's biggest private-sector employer, with a workforce of 33,000, earnings that account for 4.4% of GDP and a production output that satisfies 38% of South Africa's fuel needs.

It is also one of the primary instruments that the postapartheid government uses to dilute white domination of the economy. The government now owns 24% of Sasol, which has a black majority on its board--Davies is the company's only white executive. Former ANC guerrilla leader Max Sisulu once served as group general manager. In March, Sasol announced it was releasing more than $3 billion in shares--or 10% of the company's total value--to Sasol employees, black South Africans and other previously disadvantaged groups. A finance deal will allow buyers to own shares by putting down a small deposit, and since the shares are being sold below market price, they will offer an immediate return. The aim is to create 100,000 to 200,000 new shareholders.

The transformation has been so complete, reckons Davies, that Sasol's past connections to apartheid are now irrelevant. "We feel pretty good about the contribution we are making to South Africa and this continent," he says. "We're offering a partial solution to the energy situation on a global basis, and we're doing it in a way that provides jobs, alleviates poverty and improves quality of life. Don't dwell on the past. Let's get on with the future."

That future, as Davies notes, could be dazzling. With the price of crude at one point this year reaching $147 per bbl., interest in alternative sources of oil is unprecedented. A big part of that interest comes from the U.S., India and China, which all rely on oil imports and have massive coal reserves. Feasibility studies for Sasol to build two plants in China, each projected to produce 80,000 bbl. a day by 2012, are at an advanced stage. In the U.S., Sasol is courting interest from several states, including Montana, Illinois and Wyoming, as well as the U.S. military, which is attracted by the security advantage of a U.S.-based coal-to-liquid-fuel plant over imports from the Middle East or Africa. In India, coal deposits have been identified, but talks with the government are at an earlier stage than in China. Sasol built a natural-gas-to-liquid plant in partnership with Chevron in Qatar in 2006, and a second such plant in Nigeria, also built with Chevron, is due for completion next year. And the company is in discussion with the government of Australia over the construction of a third gas-to-liquid plant there.

Brian Ricketts, an analyst at the International Energy Agency, an energy think tank in Paris, says his group expects coal-to-liquids and gas-to-liquids to account for 10% to 15% of world fuel supply by 2050. Even capturing 1% of world oil demand would mean an output of millions of barrels a day--several times Sasol's current global production. Susan Barrows, a chemist and an energy expert at Harrisburg University in Harrisburg, Pa., reckons that given U.S. coal stocks, the country should be able to produce enough oil from coal to replace 30% of its imports. For Davies, the logic of such figures is undeniable. "In 10 years, India and China will need 17 million bbl. a day, and that's more than Saudi Arabia's annual production," he says. "There's just a lot more coal reserves than oil reserves."

Of course, nothing's ever that simple in the energy business. Sasol's end product is cleaner than the average diesel fuel or gasoline, emitting less sulfur and less nitrogen when it burns, says Barrows. Coal-to-liquid plants can also be used to clean up the mountains of coal left over at old mines. But in terms of carbon emissions, Fischer-Tropsch is dirty. A sliding scale of emissions from fossil fuels, goes: coal, petroleum, methane. Coal emits the most carbon dioxide per unit of energy obtained. The resultant fuel also emits more carbon dioxide when burned. "It's a double whammy," says Barrows. Ricketts cautions that Sasol's Secunda plant, which produces 150,000 bbl. of fuel a day, is "the world's largest single-point source of carbon dioxide." Fred Krupp, president of the Environmental Defense Fund, the U.S. green lobby group, wrote to President George W. Bush in 2007, urging him not to support coal-to-liquid-fuel technology in the U.S. without a national carbon-emissions cap. Krupp now believes that with all U.S. presidential candidates vaunting their green credentials, worldwide restriction on greenhouse-gas emissions are inevitable. "It's not that we have it in for this particular technology," he says. "It's just that we don't see Sasol prospering in a world of carbon caps." One way to cut emissions is to capture the carbon dioxide. Davies says Sasol currently captures about 50% of the CO2 emitted during the conversion process and is experimenting with algae that absorb the gas, possibly allowing the company to raise that figure and introduce refinements of Fischer-Tropsch that will help it emit less. But for now, 50% of the CO2 will be released into the atmosphere, and there is still the problem of where to store or use the 50% that is captured.

For an energy company like Sasol to thrive using current technology, "public opinion would have to decide carbon emissions are a necessary evil to bring down the cost of fuel in the short term until more sustainable sources of fuel are discovered," says Barrows. Krupp is blunter. "In order for Sasol to have a profitable future, we have to be cynical about the world's ability to save itself," he says. But Sasol is used to these kinds of dilemmas. "There is a tension here," Davies acknowledges. "All development makes pollution. But China and India want what the West has, so they want energy, and we offer an energy solution." The trick, of course, is to somehow also "address the climate-change challenge," he says, adding that he believes this is where Sasol's history offers an advantage. After all, this is a company that has remade itself once before. "We are an innovative company," says Davies. "We can be part of this solution too." There's that die-hard optimism again.
•••••••
Original headline: "Dirty Little Secret"