Will Mubarak be Replaced by Egypt’s “Mr. Torture?” 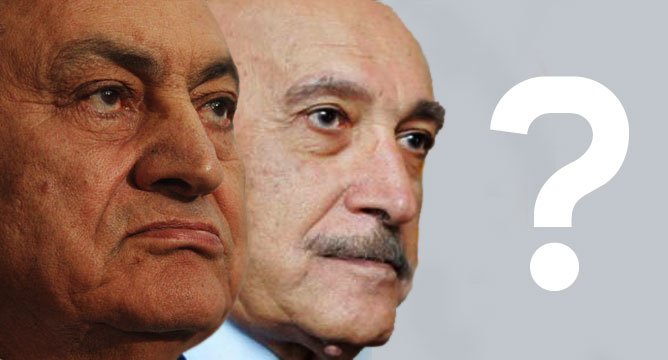 In one of his first moves during the ongoing political crisis, President Hosni Mubarak of Egypt appointed Omar Suleiman as his vice president, hoping the change, along with the dismissal of the rest of his cabinet, would placate the hundreds of thousands of protestors threatening to topple his regime. Now that Mubarak has said he will step down later this year, many experts believe Suleiman could become Egypt’s next president—a change that would not really amount to change at all.
“Mubarak and Suleiman are the same person,” Emile Nakhleh, a former top Middle East analyst for the CIA, told ABC News. “They are not two different people in terms of ideology and reform.”
Described as friendly, suave and sophisticated, Suleiman has another, darker side to his reputation. Since 1993, Suleiman has served as the head of Egypt’s intelligence service, making him one of the most feared people in the country. In his capacity as Mubarak’s top internal security man, Suleiman was directly involved in the CIA program that shipped suspected terrorists to Egyptian prisons.
In some instances, Suleiman has personally overseen the torture of detainees. A memoir by Australian citizen Mamdouh Habib told how he came face to face with Suleiman after he was captured by Pakistani security forces and later rendered to Egypt by the CIA. Habib claims to have been zapped with high-voltage electricity, immersed in water up to his nostrils, beaten, had his fingers broken and hung from metal hooks.
In another, disastrous example, Suleiman was the Egyptian point man for the CIA’s rendition of Ibn al-Shaikh al-Libi. Al-Libi told his U.S. torturers what they wanted to hear—that there was a connection between Saddam Hussein and al-Qaeda, even though there wasn’t one.
Al-Libi’s lies did not prevent him from winding up in an Egyptian prison, where he was kept in a box less than two feet square for 17 hours a day. When let out, he was subjected to beatings, causing him to tell more lies to get his captors to stop torturing him.
Ron Suskind, author of the book The One Percent Doctrine, tells another story. The CIA had in its possession the head of a man suspected of being al-Qaeda leader Ayman al-Zawahiri. They asked Suleiman to provide a DNA sample from Zawahiri’s brother, who was in Egyptian custody. According to Suskind, “Suleiman said, ‘It’s no problem. We'll just cut the brother’s arm off and send it to you.’“ A CIA agent told Suleiman that a vial of blood would do.
http://www.adbusters.org/blogs/adbusters-blog/americas-torturer-israels-friend.html