Egyptians will Deal with the Crisis Sans ‘CIA Puppets’

” … Egyptians … look at the Muslim Brotherhood as a puppet of the CIA [and] British intelligence. … “

The family of ousted Egyptian President Mohammed Morsi is planning to address the international community on Wednesday asking for help. They said they would not pursue legal action in Egypt, since they – quote – ‘don’t recognize the coup and the institutions affiliated with it’. Earlier, Morsi’s son, Osama, who spoke at a news conference in Cairo, described his father’s detention by the army as ‘kidnapping’ and a ‘crime’. The family said it had launched legal action against the chief of Egypt’s Armed Forces, General Abdel Fattah al-Sissi, and his collaborators. Dr. Said Sadek, political sociologist at American University in Cairo, shared his opinion on Egyptian crisis with the Voice of Russia Ekaterina Gracheva.

Relatives of Mohammed Morsi are currently contacting international law firms with the aim of ‘internationalizing’ his case, Morsi’s son Osama told reporters at Cairo’s Rabaa al Adawiya Square. The area has been the site of a month-long pro-Morsi sit-in. The family plans to file a complaint with the International Criminal Court in the Hague. They consider the army’s charges against Morsi, the country’s first freely elected head of state, to be trumped-up. Osama Morsi also alleged that the recent crackdown on high-ranking Muslim Brotherhood members was politicized. He added that the family had failed to make any contact with ex-President since his overthrow by the military on July 3.

Mr. Morsi who is being detained at an undisclosed location, is facing multiple charges. Prosecutors accuse him of espionage, murder and conspiring with the Palestinian militant group Hamas.

Meanwhile, international mediators have expressed apprehension that the attempts to solve Egypt’s crisis may fail. The government-backed interim government is expected to make an official statement on that.

The government is also to declare that Muslim Brotherhood protests demanding the reinstatement of deposed President Mohammed Morsi are not peaceful. That’s according to state-run Al-Ahram newspaper. That means that the government is determined to disperse the protesters. The report appeared hours after two senior US Senators – John McCain and Lindsey Graham – who arrived in Cairo on Monday for two days of negotiations said they considered Morsi’s removal a military coup, causing an uproar in the Egyptian media. The Senators also urged Egypt’s interim government to free political prisoners and called for talks with the Muslim Brotherhood. But acting President Adly Mansour warned against what he called ‘unacceptable interference in the country’s internal affairs’. The Brotherhood has also criticized the US Senators.

Mr.Morsi’s family is contacting international law firms to ‘internationalize’ his case. Do you think this step will prove to be effective?

Not at all. I think this is a media project by the Muslim Brotherhood to internationalize the issue. I don’t think it can be addressed in any Egyptian court. President Morsi has been accused of several charges including intelligence with Hamas, attempting to destroy the Egyptian army in the street. There are a lot of serious charges that are facing Morsi.

So, any attempt by the family to internationalize the issue will not lead to any legal change in the Egyptian court system or the charges, it is just an attempt to attract media attention to the issue and also to the importance of the Muslim Brotherhood.

We have to remember that the Muslim Brotherhood is a unique organization in the world. It is not like any political party organization in any country. It has branches in over 60 countries. It has international leadership. It has many headquarters in several countries like in Germany, like in the States. It had always been helped by foreign intelligence, foreign governments and that is why you see an international interest and mediation in Egyptian affairs on this case.

But international mediators seem to have failed to achieve their objectives, and they are criticized both by the interim administration and the Muslim Brotherhood, who find interference in the country’s internal affairs unacceptable. Does that mean that Egyptians want to deal with their crisis without foreign mediators?

Definitely, because they feel that the foreign mediators are also serving their own interests. They look at the Muslim Brotherhood as a puppet of the CIA, the puppet of British intelligence, and that is why foreign intervention wants to protect the institution and be involved in Egyptian politics. They will not allow Egypt for example to ask Germany to allow Hitler and the Nazi party to participate in German democracy. They will not allow Egyptians to follow the Americans, to allow the KKK to participate in American democracy. But Egyptians allow the organization that wants to dismantle the political system, the state structure that is totalitarian ideology, totalitarian organization that has links with international organizations and it is unlike any political party that exists in Egypt — no political party has such international links.

Imagine if Morsi was working for a secular political party or was a woman, would you have the same international interest in Egyptian internal affairs like today? No. They are only interested in saving this organization because they don’t want to give a message to the international community that America abandoned its allies and agents. They have enlisted a lot of money and strategic operations with the Muslim Brotherhood in the Middle East and internationally. 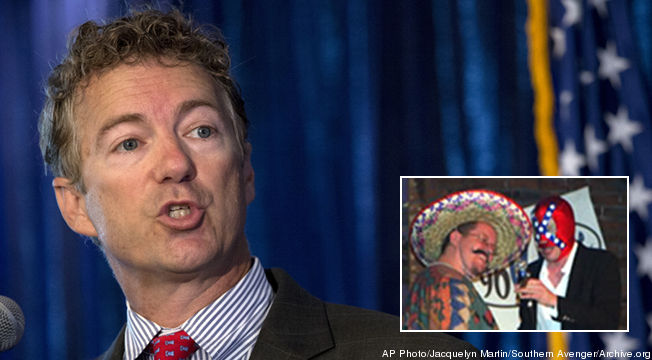