Why Being a Republican is Murder - The Constantine Report
0 SHARES

GOP Watch » Why Being a Republican is Murder

THE RIGHT’S ANTI-VAXXERS ARE KILLING REPUBLICANS

Since Covid-19 vaccines arrived, the gap in so-called excess deaths between Republicans and Democrats has widened, a new study says. 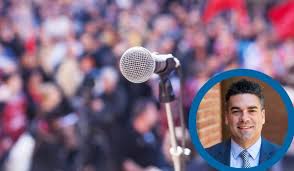 A NEW STUDY has concluded what many Americans have long suspected: The Covid-19 pandemic has killed more Republicans than Democrats.

In a detailed examination of data from Ohio and Florida, the National Bureau of Economic Research has found that “political affiliation has emerged as a potential risk factor for COVID-19,” and that significantly more Republicans than Democrats have died from the virus since the introduction of vaccines in early 2021 to protect against the disease.

By cross-referencing voter registration data and mortality figures, the study found that “excess death rates” — the number of deaths above pre-pandemic levels — for registered Republicans were significantly higher than for registered Democrats after the introduction of Covid-19 vaccines.

“If these differences in vaccination by political party affiliation persist, then the higher excess death rate among Republicans is likely to continue through the subsequent stages of the COVID-19 pandemic,” the study, which was published in September, concluded.

The study found that death rates from Covid-19 were only slightly higher for Republicans than Democrats during the early days of the pandemic, before vaccines became available. But by the summer of 2021, a few months after vaccines were introduced, “the Republican excess death rate rose to nearly double that of Democrats, and this gap widened further in the winter of 2021.” The sudden increase in the gap between Republican and Democratic death rates “suggests that vaccine take-up likely played an important role,” the study found.

A central narrative of the Covid-19 pandemic in the United States has been Republican opposition to public health measures, particularly mandates to wear masks in public and vaccination requirements for employment and access to public places and public travel. That reflected a refusal by many conservatives, following the lead of former President Donald Trump, to take the pandemic seriously, choosing instead to treat Covid-19 as tantamount to the flu. 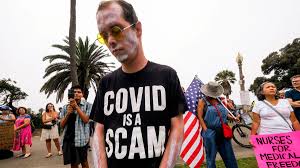 Despite the fact that more than 1 million Americans have died from the virus, many Republican political leaders, particularly in red states, refused to impose stringent public health restrictions during the pandemic, and criticized mask and vaccination mandates. That opposition led many Republicans to deny that the vaccines worked and to refuse to get the shots. In Florida, one of the two states included in the study, Gov. Ron DeSantis transformed himself into a national Republican leader and possible presidential contender by leading the right-wing charge against public health mandates.

The partisan divide over vaccination developed almost as soon as Covid-19 vaccines became available in early 2021, and it continued to widen. By September 2021, 92 percent of registered Democrats had been vaccinated, compared with only 56 percent of Republicans, according to a Gallup survey at the time.

There have been previous efforts to measure the impact on health of the partisan divide over Covid-19 vaccinations. But the National Bureau of Economic Research study offers a more detailed look at death rates in two states among Republicans and Democrats.

The study tracked 577,659 people who died in Ohio and Florida at age 25 or older between January 2018 and December 2021. It then linked those people to their 2017 Ohio and Florida voting records.

Between March 2020 and March 2021, excess death rates for Republicans in Ohio and Florida were 1.6 percentage points higher than for Democrats; but from April 2021 to December 2021 — after vaccines became widely available — the gap widened to 10.6 percentage points. The study found that the largest gaps in excess death rates between Republicans and Democrats came in Ohio and Florida counties with low vaccination rates. By using county-level vaccination rates in Ohio and Florida, “we find evidence that vaccination contributes to explaining differences in excess deaths by political party affiliation, even after controlling for location and age differences,” the study said.