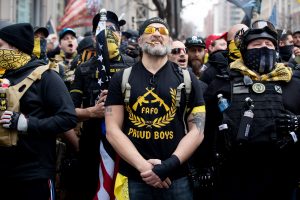 Samuel Armes is president of the Florida Bitcoin Business Association, but he isn't all business. His background includes employment as a researcher for Trump's State Department, and formulator of war games for the DoD's Special Operations Command.

ln a fascinating hourlong interview with the congressional Jan. 6 sekect committee, Armes acknowledged that he was the source of the coup strategy fed to Proud Boys national chair and former FBI informant Enrique Tarrio, one of five charged with seditious conspiracy.

Armes told the committee that he didn’t write the Proud Boys document, titled “1776 returns,” itself , but he did conceive the substance of it. and it is not a crackpot scheme. A reporter at the Guardian describes it as "so dowdy and formal it resembles the annual minutes of a society of tax consultants," clearly not the work of a thug militia with a crush on Donald Trump.

Armes's ties to the attempted putsch didn't end with the Proud Boys. Politico reported last month that he associated "with a member of the Oath Keepers now facing obstruction charges. He also co-founded a Florida-based cryptocurrency LLC — Government Blockchain Systems — with notorious Seminole County tax collector Joel Greenberg, a crony of Trump adviser Roger Stone and Rep. Matt Gaetz (R-Fla.). Greenberg would later face a slew of federal felony charges related to sex trafficking and financial crimes, including using Government Blockchain Systems as part of a scheme to embezzle $400,000 from local taxpayers. Armes was not charged in connection with the effort."

One foot in government, the other in Trump's circle of fascist grifters.

Armes says that as a student of economics at FSU, he was courted by the CIA and FBI before accepting positions at the State Department and Pentagon. He also worked briefly for a Florida state representative.

A keen interest in “war games” scenarios found an outlet in his work. 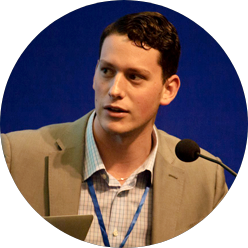 Politico reports: "Armes told the panel that in August or September 2020, after observing riots that took place across the country — against the backdrop of the raging Covid pandemic — he jotted down some thoughts on potential worst-case scenarios for the transfer of power." Now, what gave him a notion to do a thing like that? "His views, he said, were partially informed by the August release of the Transition Integrity Project report, a similar 'war gaming' exercise conducted by 100 campaign and government experts to envision potential threats to the transfer of power."

The Transition Integrity Project was founded in June, 2020 by Rosa Brooks, a law professor at Georgetown and former Pentagon senior official. Those presiding over the TIP included journalist Max Boot, David Frum, and William Kristol.

“'It was just how I thought things might happen in a scenario where a certain president doesn’t leave the White House or there is just mad chaos in the streets because no one knows who’s in charge,' Armes said."

He graduated from FSU in 2018. As it so happened, a certain president was living in the White House at the time.

The coincidences do pile up.

Armes had said political connections, and soon went to work for the state of Florida, then the US Department of State and DoD. The "Winter Palace" putsch plan was conceived in August or September, 220 - shortly before the election.

Armes says that his scenario, informed by the TIP study, laid out a feasible plan for a violent occupation and control of government. The appendix featured screenshots of Google Maps delineating paramilitary moves.

It was intended as "private" document, he says, but admits sharing it with with Erika Flores, an associate from the cryptocurrency trade with whom, Politicto notes, "he interacted frequently in the latter months of 2020." Flores was also a friend of Enrique Tarrio’s, and she passed the document on to him.

Or so he told the House Select Committee, leaving behind the false impression that he had no direct contact with the Proud Boys. He worked  at the Seminole County tax collector’s office when Joel Greenberg collaborated with Proud Boys and Roger Stone colleague Jacob Engels to smear the tax man's political opponent Brian Beute - Tarrio’s spokesman in his failed 2020 bid for congress in the Republican primaries for Florida's 27th district.

The Protos website mulled on January 3 that networking "between the Greenberg operation and figures like Florida representative Matt Gaetz and Roger Stone have been the subject of scrutiny for several years. The fact that plans linked to the Proud Boys were circulated among January 6 rioters represents yet another tie to high up members of the GOP and other conservative organizations.

"Armes has apparently demonstrated that he was not in the city during the insurrection, but he was invited to DC by an Oath Keeper and had his name on a hotel room for the weekend of January 6. He said James Beeks, the Oath Keeper in question, pursued him as a romantic partner and reserved the room under Armes’ name as part of his unrequited efforts.

Let's recap: a "private" coup plot was cooked up by a Trump regime insider, complete with detailed battle maps, handed off to violent wingnuts who rebranded it "1776 Returns" (Conspicuous jingoism is a constant in this milieu). The recipients of the plan, the Proud Boys, studied and acted it out, stampeded through police barriers like battle-starved Vikings to force a reversal of the transition of power mandated by the voters. Just like 1776!

It's doubtful that State had a role in the "war games." The State Department would have nothing to do with security planning at the Capitol. The department's functions are primarily foreign.

Armes's resume also boasts of the Special Operations Command. This branch of the DoD has oversight of the operations of the various military branches. But the Armes coup scenario could not have been conceived as part of a larger contingency plan to quell violence on the day of the rally. As the Washington Post reported on December 22, 2022: "Guard troops, after responding to civil unrest in Washington in June 2020, were initially approved by senior Pentagon officials for only a narrow mission on Jan. 6 that included performing traffic control at Metro stops."

There is absolutely no indication that Pentagon brass had any interest whatsoever in stopping the Proud Boys in their tracks. But one of their 0wn did give the confederacy a detailed plan of attack. That is far more than they gave the Capitol police, or the country's chosen representatives in congress.