I’ve been reporting for over 20 years that the CIA planted the bomb, a conclusion that was merely based on available evidence, not by stenographing the lies of domestic intelligence officers, corrupt politicians, kangaroo prosecutors and sleazy propagandists, as the establishment press does. So, naturally, the opinion-distilling mass media have refused to deal with me regarding the Lockerbie bombing. Par for the course and this website’s raison d’etre, I know, but disinformation galls me, as does the jngoistic world of make-believe that most Americans live in. Here comes another blow against status-quo beliefs. Occupy reality. … – AC

Full report in pdf (The report takes a minute or so to load.) 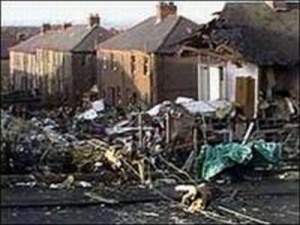 Scotlaned’s Sunday Herald has published a report that was kept secret for years, which could have cleared the convicted Lockerbie bomber, Abdelbaset al-Megrahi.

The Herald gave two reasons for publishing the full 821-page report, by the Scottish Criminal Cases Review Commission, on its website.

First, it had obtained al-Megrahi’s permission. Second, it believed publication was in the public interest.

Though the Crown Office regards the publication of the document as unauthorised, there were prior indications from senior law officers that the paper would not be prosecuted for doing so. The Herald would doubtless point out that there is a public interest defence for breaches of the Data Protection Act. It also ensured the protection of confidential sources and private information by making a number of redactions.

The paper’s decision was welcomed by Scottish first minister, Alex Salmond, who had previously called for the grounds for al-Megrahi’s appeal to be published.

al-Megrahi, a Libyan, was convicted for the 1988 bombing – in which 270 people died – and jailed for murder in 2001. He lost his first appeal and dropped a second shortly before he was released in August 2009 on compassionate grounds. He was then expected to die from cancer within three months but is still alive.

Sources: Sunday Herald/BBC/PA Full report in pdf (The report takes a minute or so to load.)