Warren Commission Document: Oswald's FBI Salary at the Time of the JFK Assassination

"Oswald may have been a petty informer for the Bureau, receiving small sums of money in return for information about left–wing activities in the Dallas–New Orleans area. ... Oswald’s possible ties to the Bureau are never mentioned in the Warren Report, but a member of the Commission, Congressman Gerald Ford, revealed in his otherwise undistinguished book, Portrait of an Assassin, that the Commission was informed by Texas Attorney General Waggoner Carr and Dallas D.A. Henry Wade that Oswald had been employed by the FBI as an informant since September of 1962; his salary, they revealed, was $200 a month and his FBI code number was 179." - Jim Garrison 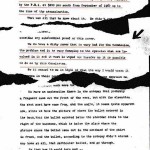 Was Oswald an FBI Agent?

Rumours of FBI Payments to Oswald

J. Lee Rankin, the Warren Commission’s General Counsel, was told in January 1964 by a reliable source that it was common knowledge among journalists in Texas that Oswald had regularly received $200 per month from the FBI. If Oswald had indeed been secretly employed by a federal agency, the Commission would of course have found it almost impossible to make a convincing case that he had acted alone. Rankin and Earl Warren were determined to silence the rumour.

The matter was discussed at an emergency meeting of the Commission on 22 January 1964. Two days later, Rankin and Warren met officials from Texas, who repeated the FBI rumour and mentioned other rumours about a connection between Oswald and the CIA. According to FBI interviews with one of the officials, Rankin swore them to secrecy. At the next meeting of the Warren Commission, on 27 January, Rankin discussed the FBI rumour but did not mention Oswald’s alleged connection with the CIA.

Secrecy and Destruction of Official Records

Secrecy was extended to the records of the various meetings. Part of the 22 January meeting took place off the record, and the stenographer’s notes of the remainder of the meeting were destroyed. A tape recording survived only by chance. No stenographer was present at the 24 January meeting; the only record was Rankin’s memo, which is reproduced below. These documents only came to light many years later, and were released to the public as the result of litigation under the Freedom of Information Act. For another example of the manipulation of the Warren Commission’s records, seeRichard Russell and the Warren Report.

Some of the details of these rumours were almost certainly false. The FBI numbers attributed to Oswald, S172 or S179, did not follow the normal pattern for paid informants, which was: an abbreviation for the agent’s local office (e.g. DL for Dallas, or NO for New Orleans) followed by an arbitrary four–digit number, and finally ‘S’ if the informant provided information on security–related matters. Alonso Hudkins, the journalist at the centre of the affair, later claimed that he had invented the numbers. The CIA number, 110669, did follow that agency’s normal pattern. 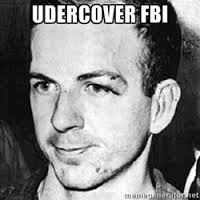 Whatever the basis for these particular rumours, there is strong circumstantial evidence that Oswald had been an undercover agent of the federal government, at least while he was:

a defector to the Soviet Union between 1959 and 1962, and a duplicitous pro– and anti–Castro activist in New Orleans during the summer of 1963.

There is some evidence to support the proposition that Oswald had been employed by federal agencies in various capacities:

A member of the FBI’s office in New Orleans, William Walter, claimed that he had seen an FBI teletype that showed that Oswald had been an informant for that office:NARA RIF no. 180–10076–10413. A former CIA payroll officer claimed that it was widely assumed among his CIA colleagues that Oswald had been a full–time employee of the agency: HSCAInterview of James B. Wilcott, 22 March 1978. See also James B. Wilcott, ‘The Assassination of John. F. Kennedy: A CIA Insider’s View,’ Stray Magazine, February 1989, p.38.

The most comprehensive account of the memorandum and the Warren Commission’s treatment of the rumours can be found in Gerald D. McKnight, Breach of Trust: How the Warren Commission Failed the Nation and Why (University Press of Kansas, 2005), pp.128–147. The book contains a transcript of Rankin’s memo on pp.366–8.

The Date of the Memorandum

Although the memorandum is undated, it was created between 24 January 1964, the date of the meeting, and 27 January, the date when Lee Rankin and Earl Warren were to bring up the subject with the other members of the Commission.

Rankin’s memorandum for the files is CIA document 487–195A, Record Copy 201–0289248. A scan in PNG format is available athttp://www.maryferrell.org/mffweb/archive/viewer/showDoc.do?docId=60439. Transcripts of the Warren Commission’s sessions can be found here:http://www.maryferrell.org/mffweb/archive/docset/getList.do?docSetId=1007. The Secret Service interview of Hudkins, Secret Service Report 767, is part of Waren Commission Document 320. For the FBI’s interviews with Hudkins and the Texas officials, see FBI HQ Oswald File 105–82555–100.

Symposium on the JFK Assassination: Day One