Fox News Leaked False Story to Reporter, then Derided Him for it - The Constantine Report
0 SHARES

Media » Fox News Leaked False Story to Reporter, then Derided Him for it

Fox News Leaked False Story to Reporter, then Derided Him for it

Fox News’ public-relations staff anonymously leaked a false story to a reporter, after which the news channel’s PR department publicly denounced the reporter after he ran with it, a new book about Rupert Murdoch’s media empire asserts.

In “Murdoch’s World,” author David Folkenflik recounts an apparent “dirty tricks” operation by Fox News’ public relations staff, which is famous among media reporters for its tough tactics with reporters it perceives as favoring other cable news outlets or insufficiently promoting Fox News.

When Matthew Flamm, a reporter for Crain’s New York Business, began reporting a story about CNN’s surge in the ratings in 2008, he called Fox’s communications staff for comment, writes Folkenflik, a media reporter for NPR. Flamm got no response to his inquiry.

Shortly thereafter, Flamm received a tip via e-mail from an individual who said she was a Fox News producer and was familiar with his ratings story. The alleged producer told Flamm that Fox intended to install host Bill O’Reilly as its anchor on its upcoming primary night coverage to boost its sagging ratings. The tip would have been a significant break with Fox’s usual policy of anchoring its coverage with one of its news anchors, not an opinionated host like O’Reilly. 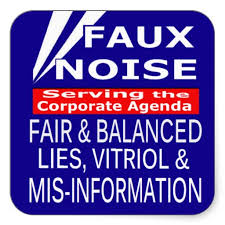 Flamm never spoke with the producer before he put the story online. This was soon followed by an official response from Fox, which appeared on TVNewser, a site that covers television news: “The notion that O’Reilly would anchor election coverage of any kind is beyond absurd and wildly inaccurate. If Flamm is so off base with this ‘fact,’ you’d have to question of all his other ‘reporting’ when it comes to Fox News.”

Flamm, according to Folkenflik, now phoned the producer. He was stunned to learn that she had never heard of him. Flamm tried contacting his e-mail tipster, but he found that the account from which the original tip had been sent was closed.

Folkenflik said in an interview that the story was based on a former Fox News staffer with direct knowledge of the episode “who confirmed to me that [Flamm] had been set up.” He said he had three other sources with indirect knowledge of it.

In his book, Folkenflik also recounts how members of Fox News’ PR operation posed as anonymous readers and posted comments favorable to the network on blogs and news sites. One had 100 aliases. The PR office also leaked personal information to a gossip Web site about a New York Times reporter, Tim Arango, who had written a story favorable to CNN, according to the book.

But Folkenflik calls the Flamm incident “perhaps the most telling episode I uncovered in exploring how Fox News’ PR shop operates. They’ve functioned as a weaponized political operation . . . I’ve never encountered in the 13 years I’ve covered the media anything like how Fox’s public relations operation approached its [job]. Their behavior would seem to violate the values that Fox News presents to the public of being fair-minded arbiters of fact and truth.”

In a statement, Flamm said, “Given the sequence of events — and the fact that I was trying all week to get confirmation from [Fox News’ PR employees] — it’s hard to see how the setup could not have been their work. But could monkeys typing for a hundred years write Hamlet? Supposedly yes, and I suppose they could be innocent too.”