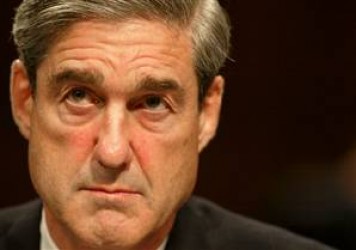 Mueller is bummed because Jihad extremists are building The Bomb to incinerate Good Americans on their way to church, charity function, AA meeting, beauty parlor, probation hearing or whatever: "I'd be the first to say that a nuclear threat is the most unlikely of all the terror threats we're looking at, after chemical and biological, but at the same time ... "
---------------------------

The threat of a nuclear strike by terrorists on the United States is real and growing, South Florida police, fire and federal officials learned Monday, and the radioactive materials to create such terror lie all around them.

"There are many individuals who would not think twice about using such weapons," FBI Director Robert S. Mueller told hundreds of law enforcement officers gathered Monday in Miami for a conference on nuclear terrorism. "The economics of supply and demand dictate that someone, somewhere, will provide nuclear material to the highest bidder and that material will end up in the hands of terrorists."

South Florida is no stranger to the threat of nuclear terrorism.

A former South Florida man, Jose Padilla, is on trial in Miami on terrorism conspiracy charges. He was initially detained for three years on allegations he tried to create a radioactive bomb. Another Islamist with local ties, former Broward Community College student Adnan Gulshair Muhammad el Shukrijumah, is wanted by federal authorities who say he is al-Qaida's point man on nuclear terror operations in the United States.

"I'd be the first to say that a nuclear threat is the most unlikely of all the terror threats we're looking at, after chemical and biological, but at the same time we know there's a lot of jihadists out there just dying to obtain fissionable material," said Maj. Dan McBride, a former federal agent and scholar of terrorism who heads the Palm Beach County Sheriff's Homeland Security Bureau. ... 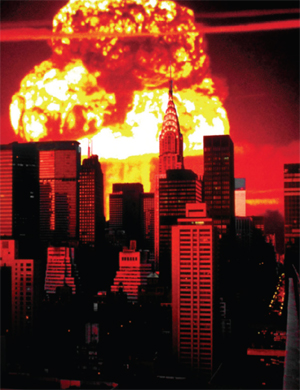