"... Citing separate documents released by Snowden, a former NSA contractor, the Guardian also said that GCHQ had listed 'investigative journalists' as a threat alongside terrorists and hackers. ..."

The Government Communications Headquarters, or GCHQ, the British equivalent of the U.S. National Security Agency, scooped up e-mails from journalists working for major media outlets, according to documents released by Edward Snowden, the Guardian newspaper reported.

E-mails from the Guardian, The Washington Post, Reuters, the New York Times, NBC, Le Monde, the BBC and the Sun were among 70,000 harvested in November 2008 — collected in less than 10 minutes — as part of a GCHQ test exercise, the Guardian reported. It said the e-mails, taken from a tap on fiber-optic cables, included conversations between reporters and editors consulting on stories.

Citing separate documents released by Snowden, a former NSA contractor, the Guardian also said that GCHQ had listed “investigative journalists” as a threat alongside terrorists and hackers.

The Guardian’s revelations come as more than 100 British editors have signed a letter demanding better protection against the police targeting of journalists’ telephone records. In the letter, published Monday on the Press Gazette Web site, senior British editors urged Cameron to intervene to address concerns about police abuse of anti-terrorism surveillance laws.

The letter cites a specific example of how the London Metropolitan Police used surveillance powers linked to the Regulation of Investigatory Powers Act to covertly access the telephone records of journalists at the Sun newspaper “in order to identify and punish lawful police sources,” triggering “widespread alarm” in the industry.

“Public sector whistleblowers will not come forward to journalists in future if law enforcement agencies have the power to view journalists’ phone records at will,” the letter states.

When contacted for a response to the Guardian revelations, a GCHQ spokesman said: “It is long-standing policy that we do not comment on intelligence matters. Furthermore, all of GCHQ’s work is carried out in accordance with a strict legal and policy framework, which ensures that our activities are authorized, necessary and proportionate, and that there is rigorous oversight.”

In the United States, civil liberties advocates reacted sharply to the disclosures.

“This is the inevitable result of the kind of wholesale surveillance that’s now authorized under both U.K. and U.S. law,” said Jameel Jaffer, deputy legal director of the American Civil Liberties Union. He added, “There is little evidence that this kind of mass surveillance is effective or necessary, but it presents a very real threat not just to privacy but to the freedoms of speech and association as well.” 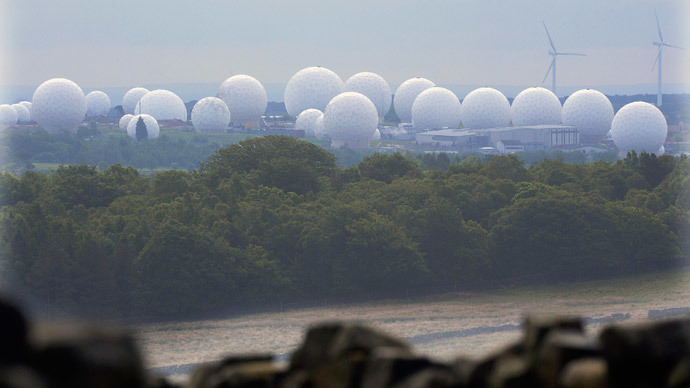 Press freedom activists said the disclosure raises questions. “At first glance, it doesn’t look like reporters were intentionally targeted, but we are concerned about whether, under information-sharing agreements the United States has with Britain, a U.S. intelligence agency could have gotten ahold of this information,” said Hannah Bloch-Wehba­, Stanton Foundation fellow at the Reporters Committee for Freedom of the Press.

The latest revelations in Britain will add fuel to a debate over the state’s eavesdropping powers that has been burning especially bright here following the attacks in Paris this month that left 17 dead.

Cameron has called for security agencies to have greater surveillance powers to access encrypted messages from potential terrorists, prompting speculation that any new laws could lead to the banning of messaging services such as WhatsApp and Snapchat. He has also promised legislation to bolster the state’s surveillance powers if he wins the general election in May.

Nick Clegg, the deputy prime minister and leader of the Liberal Democrats, has said that the renewed calls to track details of all Britons’ Web and social media activity would be a grossly disproportionate response.

In Washington, Attorney General Eric H. Holder Jr. recently announced tighter guidelines for the use of subpoenas, court orders and search warrants to obtain information and records of journalists.

Federal investigators will now need authorization from the attorney general if they want to seek information from journalists who used classified material or confidential sources. Previously, the department had insisted that the policy apply only to “ordinary newsgathering.”

Ellen Nakashima in Washington contributed to this report.