The CIA Eyes the Internet

Chooms: This is a TRUE story, not an execrable satire, capricious exercise in political fulmination or similar waste of petroleum ... 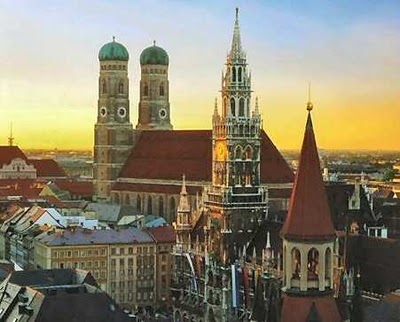 The Agency will search frantically for other existing "solutions." As it happens, in little Bavaria, Nordic Big Brother is already taking on the Beast, according to Trend News: "German state of Bavaria to go ahead with online surveillance."

"The southern German state of Bavaria is to go ahead with controversial plans to permit security officials to monitor personal computers online to check for terrorist internet traffic, the state interior minister said Saturday.
A spokesman for Bavarian Interior Minister Joachim Herrmann confirmed an earlier news report in the weekly Focus news magazine that Bavaria would not wait for planned federal legislation."

No time for niceties like overhauling the Bavarian Constitution.

This is a likely peek at our own near future if the CIA succeeds in putting the fear into the proles. Legislators are enamored of the prospects:

"Herrmann said he would put forward draft legislation in February. Federal Interior Minister Wolfgang Schaeuble favours similar plans to deploy a so-called 'government Trojan' to spy on the PCs of terrorist suspects. The German Constitutional Court in Karlsruhe is currently considering a similar law put forward by the western state of North Rhine-Westphalia and is expected to rule in the spring. Schaeuble, a member of Chancellor Angela Merkel's Christian Democrats (CDU), last year suggested constitutional changes to give increased powers to counter-terrorism operatives, including online searches of PCs.

"Members of the Social Democrats (SPD), the junior partner in Merkel's grand coalition, have opposed the plans on civil liberties grounds. SPD Justice Minister Brigitte Zypries has said she is not 'in principle' opposed to the idea but concerned about the practicalities of implementing legislation."

We can all be reassured that government in Bavaria and stateside will handle its new powers "responsibly."

"The head of the Federal Criminal Police (BKA), Joerg Ziercke , has criticized the debate as 'scare-mongering,' adding that at most only 10 such online searches would be carried out in any one year."
http://news.trendaz.com/index.shtml?show=news&newsid=1115506&lang=EN

But when the cyber-security apparat is in place, who's to stop the CIA Homeland Security thugs from "overstepping their bounds," as they did with forced detainments, secret files and torture, to cite a few well-known examples?

A step in the wrong direction:

Washington Post: "The Senate yesterday approved a sweeping measure that would expand the government's clandestine surveillance powers, delivering a key victory to the White House by approving immunity from lawsuits for telecommunications companies that cooperated with intelligence agencies in domestic spying..."