The revelation last week that MI5 had infiltrated a network of homegrown Nazis during the war is just the latest chapter in a long, dishonourable story

As an impressionable young book reviewer, wading my way through one of those dense and well-nigh encoded late-period Iris Murdoch novels, there used to come a moment when, miraculously, the implausible suddenly became plausible. Such was the scent of authorial purpose that the unbelievable now turned almost matter-of-fact, and an  elephant descending from the skies in pink tights to expound the works of Heidegger would have had me shaking my head in agreement. Curiously enough, exactly the same feeling is provoked by each fresh wave of revelation about that benighted but endlessly fascinating cadre, the British Nazis.

On the surface, nothing could be more outlandish than last week’s disclosure, contained in a series of files released by the National  Archive, that MI5 had assembled and was secretly controlling a vast network of Nazi sympathisers throughout the Second World War. As for the supporting detail – the membership badges to be worn in the event of evacuation so the wearers could be quickly rounded up, the replica Iron Crosses used to  reward adherents for their loyalty – this might seem to have been robbed wholesale from CJ Sansom’s alternative history novel Dominion. Until, that is, you pause to examine the substantial flock of pro-Nazis long known to have been at work in public life during the  period 1939-45 and the exploits that are already in the public domain.

Consider, for example, the activities of Cpt Archibald Maule Ramsay, grand vizier of the notorious “Right Club”, Great War veteran, Conservative MP for Peebles and South Midlothian, interned in May 1940 as a threat to national security, but allowed, by dint of his office, to keep on submitting parliamentary questions about the number of Jewish personnel in the armed forces killed serving at the front.

Or, from the council chambers of mid-century local government, Philip Larkin’s father Sydney, treasurer of the city of Coventry, who corresponded with Hjalmar  Schacht, Hitler’s minister of  economics from 1934 to 1937,  attended several Nuremberg  rallies, kept a statuette of the Fuhrer on his desk and, when Coventry was bombed by the Luftwaffe, congratulated himself on having had the foresight to lay in a thousand cardboard coffins.

However respectably concealed, or shy of drawing attention to itself, what might be called the right-wing fanatic strain in British politics never really goes away. The history of the past century or so is, consequently, full of tense little moments in which it raises its head above the parapet. One came in the post-Suez era of the late 1950s when the League of Empire Loyalists began their campaign against Harold Macmillan’s “winds of change” speech and the gradual transfer of imperial power in Africa and the Far East. Another can be detected in the late 1960s and mid-1970s plots against the Labour government of Harold Wilson. And for current manifestations, one need look no further than the wilder fringes of some of the 21st-century English nationalist movements.

Naturally, home-grown fascism – to give it its proper name – transcends social class. There is the working-class hooligan strain  exploited by Sir Oswald Mosley and picked up again by John  Tyndall’s National Front in the 1970s, which made a point of  recruiting on the football terraces. And if Britain, unlike France, has never run to a Poujadist party made up of small businessmen and shopkeepers, then Orwell’s legendary observation that “All tobacconists are Fascists” was not made wholly in jest. But the distinguishing mark of extreme right-wingery in this country has nearly always been its comparatively genteel tinge. The secret servicemen and women who infiltrated Cpt Ramsay’s organisation in the winter of 1939-40 certainly discovered a network of immensely sinister public figures plotting peace talks through the neutral embassies, but the specimen Right Club supporter was quite likely to be a fanatical old lady living in a service flat with a portrait of Mussolini on her mantelpiece.

And what makes an ornament of the local bridge parties, living off dividends in wartime Kensington, imagine that Mussolini is the  answer to Britain’s ills or, a bit later on, that Harold Macmillan is a  wicked betrayer doing us out of our empire and nasty Mr Wilson – quite a few people believed this in the period 1964-1976 – is taking his orders from Moscow? One of the main reasons why British fascism never made any great headway either in the 1930s or the decades thereafter was the lack of any centralising tendency or definite ideological focus. On the one hand, certain pre-war fascists tapped into the stream of almost mystical English nationalism that makes its heroes out of King Arthur and the Knights of the Round Table. To set against this there came all the bright, shiny futurism of properly managed societies where armies are sent in and the trains run on time and everything is hedged about with pattern and regularity that is so seductive to the office clerk whose journey to work is impeded by a bus strike.

When Nick Jenkins’ scapegrace Uncle Giles in Anthony Powell’s A Dance to the Music of Time remarks, to the scandal of his relatives, that he likes “the little man they’ve got in Germany now”, he is casting a vote for decency and order – or rather for a political system where these things will be encouraged without recourse to the ballot box.

But wherever British fascism sought its authentication – from King Arthur and the vision of Nuremberg to the extremer margins of inter-war Catholicism – it was nearly always garnished by good old- fashioned anti-Semitism. Most social historians tend to agree that genuine and systematic anti-Jewish feeling is comparatively rare in British life, but this has never stopped right-wing extremists from ascribing everything from unemployment to the editorial policies of national newspapers to the machinations of the Chosen Race. The Right Club stalwart A K Chesterton, for example, was quoted in 1939 as suggesting that lamp posts were “the only way to deal with the Jew”, while Cpt Ramsay’s last parliamentary intervention, around the time the Belsen ovens shut down, was to table a  motion calling for the reintroduction of Edward I’s Statute of Jewry.

The most sinister aspect of this kind of extremism is that it should be propagated by an eminently  respectable Old Etonian whose own son turns out to have died of pneumonia while serving with the Scots Guards. Significantly, according to the National Archive files, most of the fifth columnists to whom MI5 handed out their replica Iron Crosses were allowed to slip back into their ordinary lives once the war had ended, blissfully ignorant of the fact that they had been set up: a little  alternate world living quietly on through the 1950s and, presumably, sorrowing secretly that the wrong team won.

Had British fascism ever amounted to anything, someone once speculated, it would have been the fascism not of lofted flags and marching men, but of the privet hedge and the pointed remark in the Mayfair drawing room. It would be absurdly optimistic to assume the key to this grim little compartment of our national life will never twitch in its lock again. 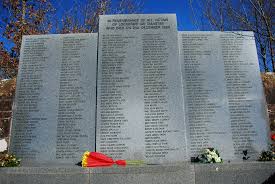