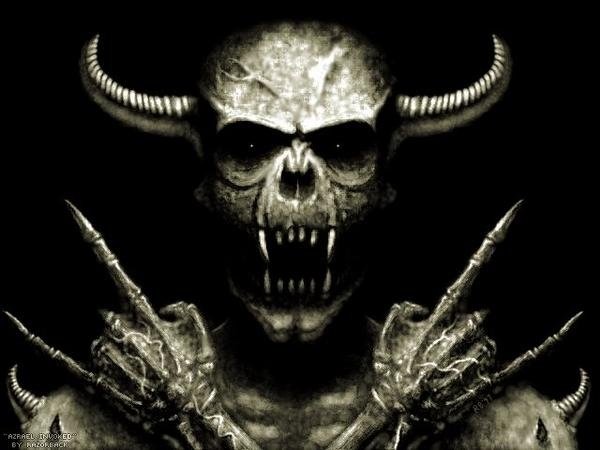 " ... Members filled their Gwalia Housing Association homes with ancient Egyptian idolatry, held ceremonies in robes and hoods and forced a number of children and vulnerable adults into depraved sex acts. ... "

A victim of twisted Colin Batley told Wales on Sunday of her anguish as the black magic sex cult leader forced her to put on a satanic symbol and raped her as a teenager.

The woman, who is now a mum in her thirties, spoke out after her 48-year-old tormentor was jailed for a minimum of 11 years at Swansea Crown Court and warned he may never see freedom. She spoke on condition of anonymity and revealed the hell she suffered at the hands of a man who was convicted of 11 rapes and numerous child sex crimes over some 20 years living in the West Wales town of Kidwelly.

The jury was told about the cult’s fixation with Egyptology and the works of occult writer Aleister Crowley – and their obsession with wife swapping and sex with younger girls and boys.

The woman, who was one of the victims who gave evidence against Batley in court, said that he had everyone in the cult under his spell.

He (Colin) was the boss. He barked orders at everybody including me. People just did what they were told. He had Rottweilers that were scared of him but vicious to everyone else. At 15 I had to have sex with Colin. He said it was an initiation into the occult. He said he did not want to do it but it had to be done. He said if I did not follow orders I would be killed. People ‘higher up’ in the cult would do it, he said.

Ex-Tesco security guard Batley was the self-styled “lord” of the bizarre sect which operated for years in the quiet cul-de-sac of Clos Yr Onnen in Kidwelly, Carmarthenshire. Members filled their Gwalia Housing Association homes with ancient Egyptian idolatry, held ceremonies in robes and hoods and forced a number of children and vulnerable adults into depraved sex acts.

The victim said she was massively relieved by the guilty verdict and hoped he would never enjoy freedom again.

“A hundred years would not be enough for Colin Batley,” she said. “But at least now myself and the other victims can start to rebuild our lives outside of the shadow of that contemptible man.”

She also spoke of a ceremony she witnessed in Kidwelly involving an altar on which salted bread, oil and a goblet of wine was placed. Cult members dressed in white robes held readings of occult texts and later sex took place between the members who disrobed, or in their words, “became sky clad”.

The woman, who gave evidence in court via a CCTV system so she did not have to face Batley, added she “did not hate Wales” despite what had happened.

She was originally from London but was brought to Wales by Batley where she was abused and “passed round” to other cult members who had sex with her.

She said: “He said the occult was strong in Wales.”

She said she did not know if there were many more victims of Batley who had not yet come forward, but urged them to speak out if they could.

“Whether there are any more victims in this case, I don’t know, but for the length of time that the abuse went on, it’s highly possible,” she said.

“I hope to encourage anybody who is a victim to come forward, not just in Colin’s case.

“If anybody is going through something similar, we hope they will have the courage to come forward and speak to the police.”

Her husband, who is helping her get over the trauma of her years of abuse said: “We hope to come back to Wales in better times.”

The shadowy cult built up by Batley came crashing down when three victims approached Dyfed-Powys Police with their complaints.

The judge, who presided over the sensational five-week case, commended all the witnesses for their bravery in speaking out. After they spoke out, the depravity that had been happening behind closed doors at Clos yr Onnen for almost two decades was finally exposed.

Colin Batley was revealed as a monster who forced a number of women into prostitution and made them pay him 25% of their earnings. He owned two Rottweiler dogs, Toots (after Tutankhamen) and another named Sekhet after the Egyptian lion god.

He would read from Aleister Crowley’s works including The Book of the Law, Equinox of the Gods and The Book of Magick.

On Friday, Batley was given an indeterminate sentence on public protection grounds but will have to serve at least 11 years before he can apply for parole.

Even then he may “never be released” said Judge Thomas because he will have to prove he is no longer a risk to the public.

Judge Thomas said it was a “mystery” how jobless, scruffy Batley, who has several missing teeth, managed to control his women followers, who the judge termed “not unintelligent”.

The judge dismissed The Book of the Law as “a ludicrous document” but accepted that cult members were obsessed with it.

All the women in the cult had identical Eye of Horus tattoos.

Batley’s wife Elaine, 47, also had a tattoo of Tutankhamen’s face on her arm, a pentagram on her leg and an entire Egyptian script on her back.

According to one of the victims in the case, Batley’s wife was treated “like a slave” but the judge said she became a willing participant in her husband’s “wickedness”.

The jury heard how a young boy was tricked into having sex with her and she was jailed for eight years for indecency with children.

Batley’s long-term lover Jackie Marling, 42, as well as being “besotted” with him, was also obsessed with The Book of the Law, said Judge Thomas, who described her as his “second in command”.

She wept as she was sentenced to 12 years in jail for offences including aiding and abetting rape.

Tears also streamed down the face of bespectacled Shelly Millar, 35, who was said by the judge to have been behind “the prostitution” side of the operation.

Millar, who listed Batley on her mobile phone as “My Lord” was found guilty of indecency with children including a 12-year-old boy and was also described during the case as Colin Batley’s “sex slave”.

The court heard she earned £2,000 a month as a prostitute in Swansea and gave 25% of her earnings to Batley.

Judge Thomas told the defendants they were evil.

“When this case was opened to the jury you Colin Batley were described as evil,” he said. “That in my view is an accurate statement of your character. You set yourself up as the ruler of a sick little kingdom surrounded by three women who danced as your willing attendants regarding you as their master.”

Ronald Reagan and the Occult