Former Fox News Watch host Eric Burns ripped his old network and his old colleague Bill O’Reilly on Reliable Sources Sunday morning, likening Fox News’ viewership to a cult and claiming O’Reilly got a pass from his audience for fabrications due to his charismatic authority in right-wing media.

“The people who watch Fox News are cultish,” Burns said. “For many years conservatives were extremely upset in this country because the only newscasts they had to watch were liberal…they never had their own television station. When they got one, their audience loyalty soared.”

“O’Reilly as the head of the cult is not held to the same standards as Brian Williams, who is part of the larger media culture,” Burns said.

O’Reilly has come under scrutiny in the past few weeks for embellishing his reporting from his CBS News days, claiming to have been in the midst of war zones he was never near, to have witnessed violence he couldn’t have seen.

Burns said that these and other embellishments had been hiding in plain sight for years, and indeed had been called out by then-MSNBC host Keith Olbermann back when the two were competitors. He said two things had changed: the Williams story had placed O’Reilly’s tales in new context, but more importantly the O’Reilly claims coming under scrutiny involved his days at CBS.

“No one expects much out of O’Reilly as a Fox News host,” Burns said. “But he did this when he was with CBS. It doesn’t matter when he does it with Fox. But when he did it with one of the major networks, the attempt is to make more of a story out of it.”

Host Brian Stelter brought up Fox News’ response, which has largely been to tout O’Reilly’s ratings, noting that they have gone up since the scandal started (which would seemingly prove Burns point about tribalism). Fox has disputed this characterization of their response.

“If you’re charged with lying and you say ‘our ratings are up,’ you’re not answering the question of whether or not you’re lying,” Burns said. “I think it’s astonishing the way they’re reacting. … It’s all ratings.”

“Bill O’Reilly has already addressed several claims leveled against him. This is nothing more than an orchestrated campaign by far left advocates Mother Jones and Media Matters. Responding to the unproven accusation du jour has become an exercise in futility. Fox News maintains its staunch support of O’Reilly, who is no stranger to calculated onslaughts.”

“While in El Salvador, reporters were shown horrendous images of violence that were never broadcast, including depictions of nuns who were murdered. The mention of the nuns on my program came the day of the Newtown massacre (December 14, 2012). The segment was about evil and how hard it is for folks to comprehend it. I used the murdered nuns as an example of that evil. That’s what I am referring to when I say ‘I saw nuns get shot in the back of the head.’ No one could possibly take that segment as reporting on El Salvador.” – Bill O’Reilly 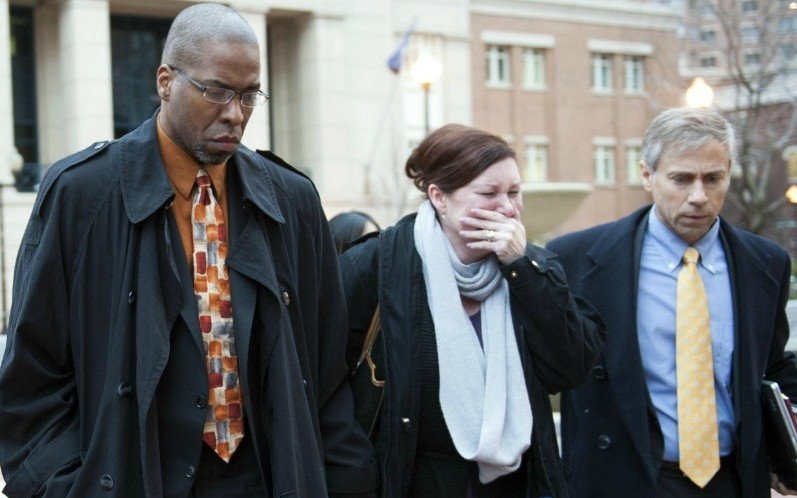