"The Ku Klux Klan website directs users to a site called Christian Concepts. It takes Visa and MasterCard donations for users willing to state that they are 'white and not of racially mixed descent. I am not married to a non-white. I do not date non-whites nor do I have non-white dependents. I believe in the ideals of western Christian civilisation and profess my belief in Jesus Christ as the son of God.' ... " - The Guardian, December 7, 2010
http://www.guardian.co.uk/news/blog/2010/dec/07/wikileaks-us-embassy-cables-live-updates

Visa & MasterCard: KKK Is A-OK, But Wikileaks Is Wicked 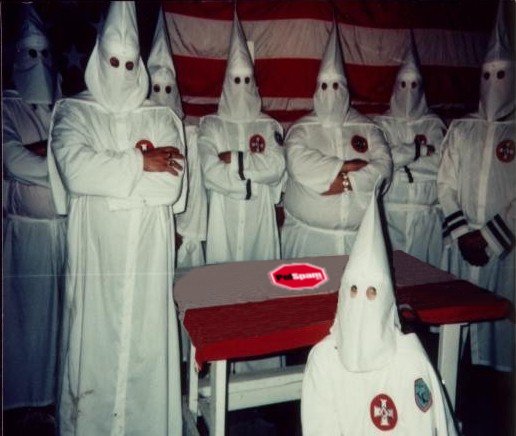 Well, it looks like we can add Visa to the list of companies pressured into no longer working with Wikileaks, following a similar move by MasterCard. At least, unlike MasterCard, Visa isn't already claiming that Wikileaks was convicted of a crime. Instead, it's just said that it's suspended any work with Wikileaks "pending further investigation into the nature of its business and whether it contravenes Visa operating rules."

As Charles Arthur points out, the Ku Klux Klan's website points you to a site that takes both MasterCard and Visa -- suggesting the pure arbitrariness of both credit card companies' decision here. It's a bad idea when firms start making decisions for political reasons. There are all sorts of companies out there that take credit cards to support objectionable (to many) activities. Is it really the credit card companies' job to pick and choose who they find objectionable to work with -- and if so, what basis does it use for saying "KKK is okay, but Wikileaks is not"?

This reinforces the point we recently made about the role of corporate intermediaries in being able to aid governments in censorship, even in the absence of a trial or conviction. Either way, this is a really sad statement about both Visa and MasterCard and their willingness to cave to government pressure.