"... Mark Potok, editor of the SPLC report, said the groups were chosen for 'propagation of known falsehoods.' ...” 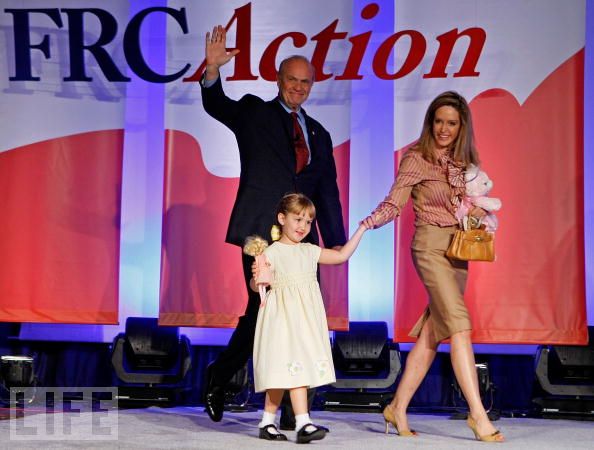 A family organization recently launched a campaign of solidarity after a number of Christian groups were included in an ad by the Southern Poverty Law Center as “hate groups.”

The Family Research Council launched the website, “Start Debating, Stop Hating,” and placed full page ads in Politico and the Washington Examiner, the TPMDC said. The Baptist Press quoted the FRC saying the SPLC attacked them for defending Judeo-Christian values.

The SPLC included Christian organizations in a list with white and black supremacists, the Nation of Islam, Aryan Nations, neo-Nazi and neo-Confederate organizations, the Baptist Press said.

The FRC in its counter ad said, “The surest sign one is losing a debate is to resort to character assassination. The Southern Poverty Law Center, a liberal fundraising machine whose tactics have been condemned by observers across the political spectrum, has placed full page ads in Politico doing just that,” TPMDC said.

The ad also said, “We support the vigorous but responsible exercise of the First Amendment rights of free speech and religious liberty that are the birthright of all Americans,” Religion Dispatches reported.

Signatories of the FRC statement include House Speaker-designate John Boehner of Ohio and House Majority Leader-elect Eric Cantor of Virginia, plus 18 other current or newly elected members of the House of Representatives, four senators and three governors, all Republicans, the Baptist Press reported.

The Alabama-based SPLC’s November 22 ad said the hate groups are there for their “demonizing propaganda aimed at homosexuals.” Mark Potok, editor of the SPLC report said the groups were chosen for “propagation of known falsehoods,” Christianity Today reported.

SPLC’s Heidi Beirich told Religion Dispatches there is no difference between the FRC and the KKK. She added, “Many who support the FRC may do so because of the group’s very public ties to evangelical Christianity.”

Beirich also told Religion Dispatches there is no difference between a Republican who addresses an FRC convention and one who addresses an Aryan Nation rally adding, “These groups perpetrate hate — just like those [racist] organizations do.”

The FRC response ad said, “This is intolerance pure and simple. Elements of the radical left are trying to shut down informed discussion of policy issues that are being considered by Congress, legislatures, and the courts,” Christianity Today reported.

Investigative journalist Ken Silverstein questioned the SPLC’s hate group list saying, “I feel that the Law Center is essentially a fraud and that it has a habit of casually labeling organizations as ‘hate groups.’ (Which doesn’t mean that some of the groups it criticizes aren’t reprehensible.) In doing so, the SPLC shuts down debate, stifles free speech, and most of all, raises a pile of money, very little of which is used on behalf of poor people,” Religion Dispatches reported.