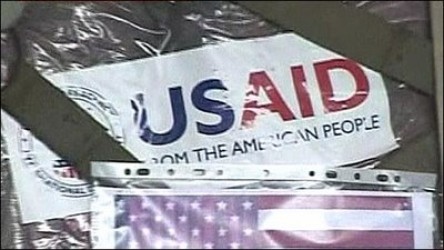 IN a statement drafted in scrupulously selected terms and circulated with exceptional discretion, the so-called U.S. Aid for International Development (USAID) has publicly confessed to having squandered taxpayers’ money in its dirty war on Cuba.

It did so in the face of warnings by certain scandalized congress members and the embarrassing revelations of audits related to its counterrevolutionary groups regaled with tens of millions from its enormous budget.

The USAID is the same U.S. federal agency charged with fomenting subversion and espionage in Cuba to the tune of tens of millions, and which the Bush administration has just proposed to the island as the intermediary in a hypocritical and reduced offer of humanitarian aid in the wake of Hurricanes Gustav and Ike.

With unusual candor, carefully calibrated by its legal advisers, the USAID has finally acknowledged that successive audits of its Cuba Program on the part of the Government Accountability Office (GAO) in 2006 and its own Office of Inspector General (OIG) in 2007 pointed to serious mismanagement of its subsidies.

The USAID text, dated July 18 and signed by Stephen Driesler, deputy administrative assistant, confirms the total cynicism of this privileged apparatus in the dirty war being waged by the U.S. administration not only on Cuba, but on Latin America as a whole.

While it acknowledges its total irresponsibility in managing public funds supposedly directed to international humanitarian aid, it also attempts to conceal the criminal activities of many CIA operatives.

The document states, in general, that auditors found internal control problems both in USAID’s handling of subsidies and the capacity of the subsidiaries.

Of course, it does not mention that the scandal of successive cases of corruption in that organization –Frank Calzón alone, from the Center for a Free Cuba, was responsible for the disappearance of $500,000 – was so extensive that it prompted the untimely exit of the aptly named Adolfo Franco, top official for Latin America, and his right-hand man for Cuba, David Mutchler, both involved up to their necks in the fraud.

In noting how the Democracy Support Group (GAD) has just acknowledged that one of its employees used a credit card belonging to this pseudo-NGO for personal expenses, the statement is trying to minimize the extension of the fraud attributed to this beneficiary of its generosity.

Likewise, it avoids any reference to Freedom House, one of its most strategic subsidiaries, which taught Calzón the art of disappearing funds. A CIA and State Department front, Freedom House is famous for having sustained cover operations in Central America for many years, against the Sandinista government of Nicaragua, as well as backing the ARENA Party in El Salvador and his death squads.

NOT JUST IN CUBA, BUT ALL OVER LATIN AMERICA

USAID’s public confession, put out for fear of some scrupulous congress member having an attack of nerves, leads one to notice more and more clearly how this agency is combining its actions throughout Latin America with the rest of imperial network of interference.

Dozens of its agents operate in the shadow of right-wing organizations, invented according to circumstances and sponsored by the International Republican Institute (IRI), the National Democratic Institute (NDI), Freedom House itself and a whole series of fronts, always under CIA directives.

Created in 1961 with apparently legitimate ends, the USAID is officially dependent on the State Department, with a budget of $850 million per annum.

It currently has agents in 16 countries in Latin America and the Caribbean where it is operating, and many other strategic operations in various parts of the world.

In Haiti, the USAID is among a number of U.S. agencies that organized, directed and funded Haitian political organizations to provoke the kidnapping and grotesque eviction of President Jean-Bertrand Aristide.

In Venezuela, the agency was scandalously active in backing and financing the sectors responsible for the coup of April 11, 2002.

The uninterrupted squandering of the funds of USAID and its subsidiaries with coup-inspired operations is already in excess of $15 million, via the funding of hundreds of groups and mini-groups aligned with the U.S. embassy.

In Bolivia, the USAID program is focused on the country’s Balkanization and the funding of violent activities against the authority of the president. A few weeks ago, various farmers’ federations and five municipalities in the Cochabamba region, expelled agents from this organization after exposing their involvement in plotting a coup d’état.

The USAID has an extremely long history in Bolivia that illustrates the total falsity of its humanitarian pretensions.

In 1971, the CIA organized an assassination attempt on President Fidel Castro, taking advantage of the Cuban leader’s visit to Chile. This plot was put in the charge of an old buddy, Antonio Veciana.

This Alpha 66 terrorist, an accomplice in the Kennedy assassination, was then working in Bolivia, in the U.S. embassy as a USAID official.

Among the most repellent pages in the history of that U.S. organization in Latin America, it should be recalled how Dan Anthony Mitrione, a U.S. instructor in torture techniques, turned up in Uruguay with USAID credentials at the end of the 70s to train police for a secret program directed at destroying left-wing forces in all of Latin America.

By confessing that it lost control of its finances some time ago, the USAID is covering up the odious nature of the sum of its activities. Faithful executor of CIA plots, fervent collaborator in the secret plans of the State Department, the U.S. development agency is one of the empire’s principal weapons in maintaining its dominion over what it has been used to designating as its backyard.

Until the peoples of the continent, like in Cochabamba, decided that the times of interference were over.

FBI did not Analyze Anthrax from Biodefense Lab
Sep 27