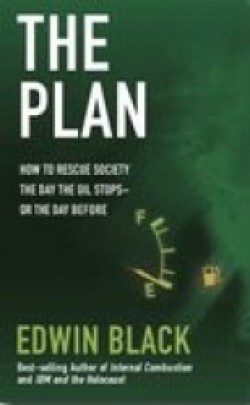 ... During the preparation of this chapter, ominous predictions based on underreported, almost obscure, international developments suddenly became outstripped by tornadic daily events proving the point and accelerating the crisis. Over-the-horizon notions foreshadowed in 2007 became a scream from the rooftops and the stuff of nightly newscast headlines. By spring 2008, biofuels-blamed food staple riots requiring armed government suppression had already broken out in at least 15 nations including Russia, Mexico, El Salvador, Haiti, Egypt, Bangladesh, Thailand and several African states. Mass starvation due to fuel-stoked food prices suddenly loomed on a scale not previously seen in dozens of countries for an estimated 100 million people. Numerous nations began formulating countermeasures to fuel-based food riots, including governmental bodies in the Philippines, India and even such stable societies as Australia, France, the United Kingdom and the United States.

Indeed, during April 2008, the crisis hit home even in the wellfed USA. Leading “buy in bulk” retailers, such as Costco and Sam’s Club, suddenly announced rice rationing, in some stores voluntary and in some units enforced. Nonetheless, some stores actually reported food shortages. At the same time, food banks for the disadvantaged reported angry citizens waiting in line for depleted supplies.3 Publishers and distributors spoke of prominently placing this book not only in conventional bookstores but in thousands of grocery stores around the nation as the entire topic was now more than merely political or environmental fodder for the mind, but indeed a matter of food and household necessity.

British Prime Minister Gordon Brown called biofuel-related starvation a greater threat to world stability than the international credit crunch surging through the money-wracked world of 2008. “Tackling hunger,” Brown declared, “is a moral challenge to each of us and it is also a threat to the political and economic stability of nations.” World Food Program executive director Josette Sheeran agreed, terming the “food or fuel” crisis a “silent tsunami.” Jean Ziegler, the U.N.’s ranking food official made headlines worldwide by going so far as to declare to a German radio station that “Producing biofuels today is a crime against humanity.” India’s finance minister used the same words in condemning the trend to corn ethanol.

Surely many will die if the oil stops or is radically reduced. Large numbers will simply slip quietly into death from weakness and malnutrition. But how many will also die fighting as the aggression between men heightens in the face of a shrinking food supply? If a man must choose to pump a gallon of gas to secure a gallon of milk for his babies, he will. As society spirals down into desperation, who will be blamed? What hoarders will be shot? How many will carjack a vehicle not for its stereo but for its gasoline? How many will jump a fence to drill a gas tank? Which gas stations will be overrun? How many will never get to the hospital in an emergency? How many buildings will burn because fire trucks cannot roll for lack of fuel?

The situation can get worse if an oil shortage becomes intractable. Rooftop ethanol stills producing stockaded “moonshine fuel” will become a fact of life complete with the armed motorcycle marauders who populate “future shock” movies. They will jump from the screen into our communities.

War for oil will result. The blood of young men mixing with the ooze of oil will once again drain the life out of industrialized nations as it has so many times during the turbulent 20th century and the first groans of the tower-tumbled 21st century. Those who crave the oil will fight to get it. Those who possess it will fight to withhold it.

All the nightmare scenarios have been written, published, broadcast, epistled, door hammered, lectured and Web-spread throughout the hemispheres and blogospheres and the tired ears of a helpless world. That world wonders if it should act up and demand, look up and beseech, or just give up and wait. We get the message: Oil is our necessity and our curse. All of us have heard some of it, all of it, too much of it. ...