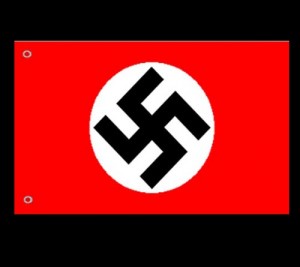 Derek Black, who turns 21 this month, is hosting a one-hour show on Tuesday and Thursday mornings at WPBR, an AM station in Lake Worth, a racially diverse city in Palm Beach County, Florida. He’s paying $275 a week for the air time.

WPBR’s programs are in French from 1 p.m. to 6 a.m. — 17 straight hours — mostly for the benefit of Haitian listeners, station manager Marcus Pierrelouis told Hatewatch. Seven hours of programming, between 6 a.m. and 1 p.m., are in English. Black has the 10-11 a.m. slot for his two days.

For his debut program on Tuesday, Black was scheduled to have Gordon Baum as his guest. Baum, an attorney, is co-founder and CEO of the racist Council of Conservative Citizens, which has routinely denigrated blacks as “genetically inferior” and once accused non-white immigrants of turning America into a “slimy brown mass of glop.” After an earthquake pulverized portions of Haiti last month, the CCC’s website illustrated a report on the event with an engraving of a white man being hanged by blacks, presumably in Haiti. Derek Black has attended some of the CCC’s national conferences.

The CCC is the successor to the pro-segregation White Citizens Councils or Citizens Councils of America that had chapters throughout the South. Politicians including former Georgia congressman Bob Barr, former Mississippi senator Trent Lott and current Mississippi governor Haley Barbour have addressed the CCC in recent years.

Black is not a broadcasting novice. He hosted four one-hour weekly shows on his father’s Stormfront Internet radio site, where he also was a webmaster. Stormfront is the leading white supremacist forum. Don Black, himself a onetime Klan leader in Duke’s organization, lives in West Palm Beach. His son created a Stormfront children’s page when he was 12 that included anti-Martin Luther King Jr. bedtime stories. Derek Black is Stormfront’s “Renaissance Man,” his father wrote on Stormfront his week. Don Black’s wife, Chloe Black — Derek Black’s mother — is divorced from David Duke.

Like his father and Duke, Derek Black eschews the white supremacist label, preferring to describe himself as fighting discrimination against white people, or a white civil rights activist. He spoke in November 2008 at a conference of EURO — European-American Unity and Rights Organization — headed by Duke. A number of prominent white supremacists attended the conference, at which Black spoke about the desirability of infiltrating the Republican Party to advocate pro-white views.

Derek Black won election to one of 111 the Palm Beach County Republican Executive Committee seats in August 2008. The committee members elect the county party chairman and promote voter turnout. But the local GOP chief refused to seat Black after learning of his background, saying that Black failed to sign a GOP loyalty oath by the deadline. Nine other candidates also were denied seats on that basis. Duke has spoken out in support of Derek Black’s bid to be seated on the committee.

The WPBR manager said he knew nothing of Derek Black’s background, and added that another station employee worked out a contract with Black. Meanwhile, at Stormfront, members have posted comments about Black’s radio gig, calling the news “fantastic,” “excellent” and “great.”