Uruguay: The CIA & the 1978 Murder of Cecilia Fontana - The Constantine Report
0 SHARES

CIA Skullduggery in Uruguay? … The Case of the Poisoned Wine

"The objective would have been to prevent the toppling of a CIA political operative, President Aparicio Méndez, since in 1978, negotiations were being held to replace him."

The CIA has admitted having information about the 1978 poisoned-wine assassination of now-Senator Luis Alberto Heber's mother, offering a glimpse of a [CIA] connection, but refusing to declassify all the information that it considers “secret.”

The case of the poisoning death of Cecilia Fontana de Heber, mother of Senator Luis Alberto Heber and wife of [prominent Uruguayan politician] Mario Heber, took an unexpected turn in the final hours.

In 1978 three bottles of wine were sent as a gift to the leaders of the National Party [Partido Nacional]: Mario Heber, Luis Alberto Lacalle and Carlos Julio Pereyra. The wife of Heber, Cecilia Fontana, drank from one of them and died of poisoning. The crime was never solved, but new information has surfaced that could shed more light on the case. The CIA has admitted to having information about the murder, which doesn't imply responsibility but entails some sort of connection.

According to [Uruguayan newspaper] La República, the CIA's Coordinator of Information and Privacy, Scott Kocj, revealed during a consultation called by attorney Javier Barrios Bove that they (the CIA) have secret files about the case.

“In response to his [Mr. Bove's] request we have made an exhaustive search of our records and have located material that we understand must be considered secret, and for that reason we deny the release of the same,” his response said.

According to journalist Roger Rodríguez, a critic of the CIA, de-classification would jeopardize its “national defense and foreign policy interests,” which re-enforces the theory that agents of the CIA participated in the poisoning. 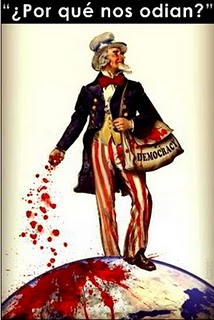 The book The Wines of Death [Los vinos de la muerte] by Alvaro Alfonzo, an interview with former Uruguayan agent Mario Barreiro, and the book Fifteen Years in Hell [15 Años En El Infierno] by another former Uruguayan agent, José Calace, all point to the theory that the embassy of the United States acted in consort with members of Uruguayan intelligence. The objective would have been to prevent the toppling of a CIA political operative, President Aparicio Méndez, since in 1978, negotiations were being held to replace him with a triumvirate consisting of a White man, a Colorado man and a military officer. [In Uruguay, the two traditional right and center-right parties are the Blanco [White] Party and Colorado Party. In other words, there were negotiations to rid the country of the dictatorship through a united front consisting of a representative from each party, plus one from the military].

None of this can be verified until the CIA declassifies the files. The decision not to do so has already been appealed by the very same Senator Luis Alberto Heber and his attorney, as reported in the weekly Búsqueda.

Dr. Barrios Bové, who is defending the Heber family in the investigation of Cecilia Fontana's assassination, spoke with the Montevideo Portal about the CIA’s refusal to offer information on the case.

“We had a working hypothesis when we began our investigation, which was that at that time, there were people in the embassy of the United States who collaborated both with the de-facto government and with parties in the resistance. We assumed that since many files dealing with human rights in Uruguay had been declassified, the possibility existed that they [the CIA] might have material,” Barrios said.

The request was made last November and was recently answered by the Coordinator of Information and Privacy at the Agency, Scott Kocj, who described the information that had been requested as absolutely secret.

As for the level of confidentiality of the documents, Barrios replied: “ We aren't interested in the names of the agents that turned over information, nor how such information was obtained. What we want is concrete information with the needed deletions and censorship, which could be made public.”

When asked if there was some other kind of legal mechanism for requesting information, Barrios responded that the Uruguayan justice system could always make a plea to the U.S. Justice Department, but in terms of cooperation; there is no mechanism to require it.

“Since he is on such good terms with the United States, it would also be good if the Office of the President intervened in the matter to ask for all of the information to be declassified. We saw in Anchorena that little but a red phone had been installed; I believe that these cases from recent history would be good to put on the record. Chile did so and declassified hundreds of documents which led to the trial of General Pinochet,” he repeated.

The poisoned wine that killed the wife of Mario Heber, Cecilia Fontana, was given to the three Nationalist Party leaders in 1978, with this message: “Thursday the 31st at noon we will toast the nation in its new era.”

Several civilians and military personnel have already testified before Judge Graciela Merialdo in the case. One possibility being considered is that the two Uruguayan intelligence agents involved in the case acted on the recommendation of the U.S. Government to “neutralize” the resistance or prevent the political reunification of the National Party.