The CIA – Beyond Redemption and Should Be Terminated 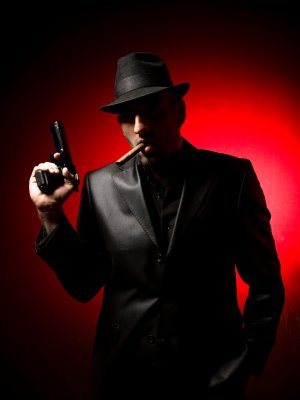 " [The CIA] represents 60 years of failure and fascism utterly at odds with the spirit of a democracy and needs to be closed, permanently. ... If you think this is a “radical” idea, think again. What is “radical” is to empower a mob of covert operatives to roam the planet, wreaking havoc as they go with not a care for morality or, for that matter, the tenets of mercy implicit in any of the great faiths. The idea of not prosecuting CIA interrogators (i.e., torturers), as President Obama has hinted, is chilling. ... "

The Central Intelligence Agency (CIA) has confirmed the worst fears of its creator President Harry Truman that it might degenerate into “an American Gestapo.” It has been just that for so long it is beyond redemption. It represents 60 years of failure and fascism utterly at odds with the spirit of a democracy and needs to be closed, permanently.

Over the years, [the CIA] has given U.S. presidents so much wrong information on so many critical issues, broken so many laws, subverted so many elections, overthrown so many governments, funded so many dictators, and killed and tortured so many innocent human beings that the pages of its official history could be written in blood, not ink. People the world over regard it as infamous, and that evaluation, sadly for the reputation of America, is largely accurate. Besides, since President Obama has half a dozen other major intelligence agencies to rely on for guidance, why does he need the CIA? In one swoop he could lop an estimated 27,000 employees off the Federal payroll, save taxpayers umpteen billions, and wipe the CIA stain from the American flag.

If you think this is a “radical” idea, think again. What is “radical” is to empower a mob of covert operatives to roam the planet, wreaking havoc as they go with not a care for morality or, for that matter, the tenets of mercy implicit in any of the great faiths. The idea of not prosecuting CIA interrogators (i.e., torturers), as President Obama has hinted, is chilling. These crimes have to be stopped somewhere, sometime, or they will occur again.

“The CIA had run secret interrogation centers before---beginning in 1950, in Germany, Japan, and Panama,” writes New York Times reporter Tim Weiner in his book “Legacy of Ashes, The History of The CIA”(Random House). Weiner has won a Pulitzer Prize for his coverage of the intelligence community. “It had participated in the torture of captured enemy combatants before---beginning in 1967, under the Phoenix program in Vietnam. It had kidnapped suspected terrorists and assassins before…”

In Iran in 1953, for example, a CIA-directed coup restored the Shah (king) to absolute power, initiating what journalist William Blum in “Rogue State” (Common Courage Press) called “a period of 25 years of repression and torture; while the oil industry was restored to foreign ownership, with the US and Britain each getting 40 percent.” About the same time in Guatemala, Blum adds, a CIA-organized coup “overthrew the democratically-elected and progressive government of Jacobo Arbenz, initiating 40 years of military government death squads, torture, disappearances, mass executions, and unimaginable cruelty, totaling more than 200,000 victims---indisputably one of the most inhuman chapters of the 20th century.” The massive slaughter compares, at least in terms of sheer numbers, with Hitler’s massacre of Romanian and Ukranian Jews during the holocaust. Yet few Americans know of it.

Blum provides yet other examples of CIA criminality. In Indonesia, it attempted in 1957-58 to overthrow neutralist president Sukarno. It plotted Sukarno’s assassination, tried to blackmail him with a phony sex film, and joined forces with dissident military officers to wage a full-scale war against the government, including bombing runs by American pilots, Blum reported This particular attempt, like one in Costa Rica about the same time, failed. So did the CIA attempt in Iraq in 1960 to assassinate President Abdul Kassem. Other ventures proved more “successful”.

In Laos, the CIA was involved in coup attempts in 1958, 1959, and 1960, creating a clandestine army of 30,000 to overthrow the government. In Ecuador, the CIA ousted President Jose Velasco for recognizing the new Cuban government of Fidel Castro The CIA also arranged the murder of elected Congo Prime Minister Patrice Lumumba in 1961 and installation of Mobutu Seko who ruled “with a level of corruption and cruelty that shocked even his CIA handlers,” Blum recalls.

In Ghana, in 1966, the CIA sponsored a military coup against leader Kwame Nkrumah in 1966; in Chile, it financed the overthrow of elected President Salvador Allende in 1973 and brought to power the murderous regime of General Augusto Pinochet who executed 3,000 political opponents and tortured thousands more. In Greece in 1967, the CIA helped subvert the elections and backed a military coup that killed 8,000 Greeks in its first month of operation. “Torture, inflicted in the most gruesome of ways, often with equipment supplied by the United States, became routine,” Blum writes.

In South Africa, the CIA gave the apartheid government information that led to the arrest of African National Congress leader Nelson Mandela, who subsequently spent years in prison. In Bolivia, in 1964, the CIA overthrew President Victor Paz; in Australia from 1972-75, the CIA slipped millions of dollars to political opponents of the Labor Party; ditto, Brazil in 1962; in Laos in 1960, the CIA stuffed ballot boxes to help a strongman into power; in Portugal in the Seventies the candidates it financed triumphed over a pro-labor government; in the Philippines, the CIA backed governments in the 1970-90 period that employed torture and summary execution against its own people; in El Salvador, the CIA in the Nineties backed the wealthy in a civil war in which 75,000 civilians were killed; and the list goes on and on.

Of course, the hatred that the CIA engenders for the American people and American business interests is enormous. Because the Agency operates largely in secret, most Americans are unaware of the crimes it perpetrates in their names. As Chalmers Johnson writes in “Blowback” (Henry Holt), former long-time CIA director Robert Gates, now Obama’s defense secretary, admitted U.S. intelligence services began to aid the mujahideen guerrillas in Afghanistan six months before the Soviet invasion in December, 1979.

As has often been the case, the CIA responded to a criminal order from one of the succession of imperial presidents that have occupied the White House, in this instance one dated July 3, 1979, from President Jimmy Carter. The Agency was ordered to aid the opponents of the pro-Soviet regime in Kabul---aid that might sucker the Kremlin into invading. “The CIA supported Osama bin Laden, like so many other extreme fundamentalists among the mujahideen in Afghanistan, from at least 1984 on,” Johnson writes, helping bin Laden train many of the 35,000 Arab Afghans.

Thus Carter, like his successors in the George H.W. Bush government --- Gates, Dick Cheney, Donald Rumsfeld, Condoleezza Rice, Paul Wolfowitz, and Colin Powell, “all bear some responsibility for the 1.8 million Afghan casualties, 2.6 million refugees, and 10 million unexploded land mines that followed from their decisions, as well as the ‘collateral damage’ that befell New York City in September 2001 from an organization they helped create during the years of anti-Soviet Afghan resistance,” Johnson added. Worse, the Bush-Cheney regime after 9/11 “set no limits on what the agency could do. It was the foundation for a system of secret prisons where CIA officer and contractors used techniques that included torture,” Weiner has written. By some estimates, the CIA in 2006 held 14,000 souls in 11 secret prisons, a vast crime against humanity.

That the CIA has zero interest in justice and engages in gratuitous cruelty may be seen from the indiscriminate dragnet arrests it has perpetrated: “CIA officers snatched and grabbed more than three thousand people in more than one hundred countries in the year after 9/11,” Weiner writes, adding that only 14 men of all those seized “were high-ranking authority figures within al Qaeda and its affiliates. Along with them, the agency jailed hundreds of nobodies…(who) became ghost prisoners in the war on terror.”

As for providing the White House with accurate intelligence, the record of the CIA has been a fiasco. The Agency was telling President Carter the Shah of Iran was beloved by his people and was firmly entrenched in power in 1979 when any reader of Harper’s magazine, available on newsstands for a buck, could read that his overthrow was imminent---and it was. Over the years, the Agency has been wrong far more often than it has been right.

According to an Associated Press report, when confirmed by the Senate as the new CIA director, Leon Panetta said the Obama administration would not prosecute CIA officers that “participated in harsh interrogations even if they constituted torture as long as they did not go beyond their instructions.” This will allow interrogators to evade prosecution for following the clearly criminal orders they would have been justified to disobey.

“Panetta also said that the Obama administration would continue to transfer foreign detainees to other countries for questioning but only if U.S. officials are confident that the prisoners will not be tortured,” the AP story continued. If past is prologue, how confident can Panetta be the CIA’s fellow goons in Egypt and Morocco will stop torturing prisoners? Why did the CIA kidnap men off the streets of Milan and New York and fly them to those countries in the first place if not for torture? They certainly weren’t treating them to a Mediterranean vacation. By its long and nearly perfect record of reckless disregard for international law, the CIA has deprived itself of the right to exist.

It will be worse than unfortunate if President Obama continues the inhumane (and illegal) CIA renditions that President Bill Clinton began and President Bush vastly expanded. If the White House thinks its operatives can roam the world and arrest and torture any person it chooses without a court order, without due process, and without answering for their crimes, this signifies Americans believe themselves to be a Master Race better than others and above international law. That’s not much different from the philosophy that motivated Adolph Hitler’s Third Reich. It would be the supreme irony if the American electorate that repudiated racism last November has voted into its highest office a constitutional lawyer who reaffirms his predecessor’s illegal views on this activity. Renditions must be stopped. The CIA must be abolished.