• The state department sent the most cables in this set, followed by Ankara in Turkey, then Baghdad and Tokyo

• 97,070 of the documents were classified as 'Confidential'

• 28,760 of them were given the tag 'PTER' which stands for prevention of terrorism

DATA: every cable with date, time and tags, (via Google fusion tables)

DATA: our analysis of the cable by location and tag

DATA: glossary of keywords and tags

" ... Allegations ‘include U.S. backing of Kurdish terrorists’ ... The Washington Post reported that the files will contain allegations that the U.S. has supported the PKK, a Kurdish rebel organization that has been waging a separatist war against Turkey since 1984. ... The next release is expected to include thousands of diplomatic cables reporting allegations of corruption against politicians in Russia, Afghanistan and other Central Asian nations. ... "

U.S. warns world leaders that new WikiLeaks revelations will 'expose corruption between allies' and show what America REALLY thinks of its friends

3 million documents set to go online U.S. diplomats face being kicked out of countries in backlash Corrupt politicians expected to be named and shamed Bombshell leak thought to include U.S. assessments of Gordon Brown Secret talks on return of Lockerbie bomber to Libya may also be leaked Allegations 'include U.S. backing of Kurdish terrorists' 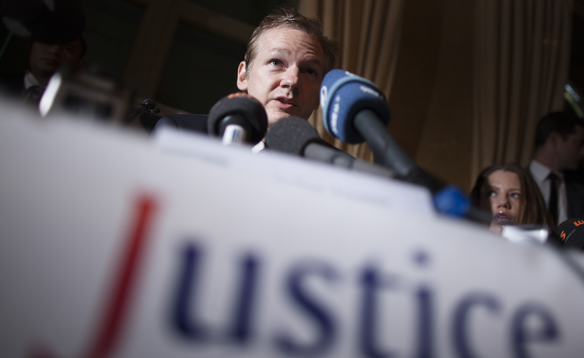 World leaders were warned last night by America that damaging secrets about their nations were about to be laid bare.

The documents include highly damaging and embarrassing communiques from U.S. embassies around the world, especially from London - revealing the truth behind the so-called 'special relationship' between the U.K. and the U.S.

The U.S. ambassador to London made an unprecedented personal visit to Downing Street to warn that whistleblower website WikiLeaks was about to publish secret assessments of what Washington really thinks of Britain.

The website is on the verge of revealing almost three million documents, including thousands of sensitive diplomatic cables sent to Washington from the American embassy in London. The bombshell leak is thought to include U.S. assessments of former British prime minister Gordon Brown’s personality and his prospects of winning the General Election, and secret discussions on the return of the Lockerbie bomber to Libya.

They fear they will emerge on Sunday in co-ordinated releases in newspapers in Britain, Germany and America. The British government is so worried that last night it issued a D-Notice, warning that publishing the secrets could compromise national security. The website has previously released secret details of allied military operations in Iraq and Afghanistan.

Revelations of American brutality in Iraq and Afghanistan created shockwaves, made WikiLeaks notorious and led to its founder Julian Assange - an Australian-born computer hacker - being vilified by governments around the world. He is now wanted for alleged rape in Sweden.

In total, around 2.7million confidential messages between the U.S. government and its embassies around the world are to be released.

The U.S. ambassador to Britain, Louis Susman, was seen going into Downing Street and the Foreign Office yesterday to brief officials for what was described as ‘contingency planning’. ‘He came in to explain what they thought we could expect,’ said one Whitehall source.

Defence sources said British national security could be ‘put at risk’ by the release, as they are expected to contain details of the Iraq and Afghanistan conflicts and pull-outs and revelations about secret service practices and intelligence sources.

Downing Street is braced for potentially hugely embarrassing disclosures about private U.S. assessments of Britain and its leaders.

There are fears of even the most apparently trivial secrets being hugely damaging.

One British official said they feared that mutual American and British contempt for the French would emerge. ‘Moaning about the French was practically a sport,’ he said.

Mr Cameron’s spokesman declined to discuss the nature of any confidential communications that could be released.

He said: ‘Obviously, the Government has been briefed by U.S. officials, by the ambassador. I don’t want to speculate about precisely what is going to be leaked before it is leaked.’

As well as Britain, the U.S. has warned the governments of Australia, Canada, Denmark, Norway and Israel in advance of the release. ...

It has been claimed that a backlash by countries upset over the leaks may lead to U.S. diplomats being expelled.

The next release is expected to include thousands of diplomatic cables reporting allegations of corruption against politicians in Russia, Afghanistan and other Central Asian nations.

But there were no specific details as to the nature of the corruption allegations or which governments are involved.

However, according to the UK-based Arabic daily newspaper al-Hayat, the WikiLeaks release includes documents that show Turkey has helped Al Qaeda in Iraq - an extraordinary revelation which could kill off the country’s hopes of joining the EU.

The Washington Post reported that the files will contain allegations that the U.S. has supported the PKK, a Kurdish rebel organization that has been waging a separatist war against Turkey since 1984.  ...