While the world sympathizes with the US over the Boston Marathon bombings, anti-drone activists are asking questions about the relative  silence in the case of hundreds of Pakistani civilians including children killed in more than 300 US drone strikes.

As of March, 2013, according to the The Bureau of Investigative Journalism (BIJ), the cumulative  statistics show that under the George W. Bush and Barack Obama administrations,  the US has conducted about 366 drone strikes. The BIJ reports that its Naming the Deadproject has documented 2,541 (minimum) –  3533 (maximum) people killed in US drone strikes, mostly in Pakistan since 2004.

The UN special rapporteur on counter-terrorism Ben Emmerson,  confirmed BIJstatistics when he said in March that CIA drones have  killed at least 400 civilians in Pakistan. Recently, BIJ published a list  of names of children killed by American drones (see list below). Some  of the children are infants aged 1-4.

Global Research comments on the list: “… behind each name  there is the face of a child with a family history in a village in a far away  country, with a mom and a dad, with brothers and sisters and friends,” just like  the 8-year-old American child killed in the tragic Boston Marathon bombing.

In some cases, brothers and sisters of  a family were killed in a single drone strike. According to Global Research:

Four sisters of the Ali Mohammed  Nasser family in Yemen were killed. Afrah was 9 years old when she and her three  younger sisters Zayda (7 years old) , Hoda (5 years old) and Sheika (4 years  old) were struck by an American drone.

Ibrahim, a 13 year old boy of the  Abdullah Mokbel Salem Louqye family in Yemen was  struck by a US drone, together  with his younger brother Asmaa (9 years old) and two younger sisters, Salma (4  years old) and Fatima (3 years old

These children are innocent.  They  are not different from our own children.

Their lives were taken away at a very  young age as part of a military agenda, which claims to be combating  “international terrorism.”

Anti-drone activists argue that killing innocent children  can’t be “foreign policy” when it is an act of the US government and “terrorism”  only when it is the act of Islamic fundamentalists.

An American expresses his feelings of frustration about the moral tunnel vision on  both sides of the conflict:

This is that THING, one of the  greatest problems with humanity, that their spies should be executed while our  spies given medals, their snipers are evil while our snipers are doing God’s  work, our bombs are blessed by Jesus while theirs come from the Devil and on and  on it goes… That tribalism – caused mostly by religion and nationality – has  caused the MURDER of hundreds of millions of innocent people… If only someone,  somewhere, sometime would step up to the plate on this issue and tell it like it  is.  If only we could…

A Yemeni free-lance journalist Farea Al-Muslimi, whose village came recently under drone  attack comments on the terrorizing impact of US “foreign policy” on  ordinary Yemenis:

… it is tempting to conclude that  the US has no interest in a measured response to terrorism… it doesn’t matter  to them whether they terrorize (and radicalize) entire populations as they check  another name off their “kill list.

Drones have a tremendous psychological  effect on those living in their shadows. Villagers say drones hovered over  Wessab for three days before they struck. The ominous buzz of the drones  terrorizes communities. Where will they strike? Will I be next? These are the  questions youngsters now grow up asking.

The “collateral damage” of drones  cannot just be measured in corpses. Drones are traumatizing a generation and  further alienating Yemenis from any cooperation with the West, or even with the  Yemeni central government.
Global Research argues that the definition of terrorism  cannot be limited to the acts of the enemy alone. We don’t have terrorists only  when radicalized Muslim teenagers bomb innocent citizens at the Boston Marathon.  The children listed below died as direct consequence of orders given by the  President of the United States. The acts of President Obama and his predecessor  George Bush are “crimes against humanity” under international law.

List of children killed by drone strikes in Pakistan and  Yemen compiled by the Bureau of Investigative Journalism: 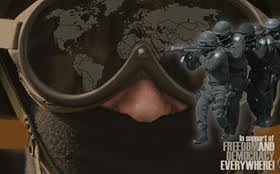