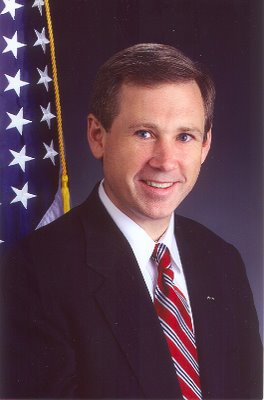 WASHINGTON – A conservative group with ties to the Bush administration has donated about $453,000 for television ads to benefit GOP Rep. Mark Kirk’s tough re-election bid in Chicago’s affluent suburbs.

The ads funded by Freedom’s Watch, a Washington, D.C.-based lobbying organization, accuse Democratic challenger Dan Seals of favoring higher taxes. Freedom’s Watch has made three major advertising-related expenditures of around $150,000 each since late September and as recently as mid-October, according to filings with the Federal Election Commission.

One ad says, “Families are hurting, small businesses are struggling, times are tough, that’s why Dan Seals plan for higher taxes is so wrong.”

Seals said that he actually is for lowering taxes and has a plan to do so.

Freedom’s Watch is what is called a “527,” a tax-exempt lobbying group under the federal tax code. It says it is dedicated to helping build a “stronger, more unified conservative movement for generations to come,” according to its Web site. Its issues include the “dangers of radical Islam,” and the “need for market-based solutions to pressing domestic problems.”

The group did not immediately respond Friday to phone and e-mail messages seeking comment.

Kirk campaigns as a political moderate in his increasingly Democratic district in Chicago’s north and northwest suburbs. Seals has sought to portray him as a strong Bush ally, something Kirk sometimes downplays or denies, based on the issue.

As a nonprofit, the group does not have to disclose its donors or follow contribution limits applied to traditional campaign committees. It can participate in races as long as it focuses on issues, and does not advocate for or against specific candidates.

At a debate last Sunday, Kirk touched upon Freedom’s Watch.

“I think that we should make sure that every one of these secret 527 groups, big union groups like Patriot Majority or big conservative groups like Freedom’s Watch, are forced to put all of their donors online and show you who is paying for what,” he said.

Nevada billionaire Sheldon Adelson and other prominent Republican donors started the group last year with a $15 million ad campaign supporting the troop surge in Iraq. More recently, it has focused on dozens of key congressional districts.

The people it names as having control over where its money goes is former Bush White House spokesman Ari Fleischer, now president of Fleischer Communications; Matthew Brooks, executive director of the Republican Jewish Coalition; William Weidner, president of the Las Vegas Sands Corp.; and Mel Sembler, a former ambassador under both Bush administrations.

Kirk spokesman Eric Elk said the Republican’s campaign can not give Freedom’s Watch instructions any more than Seals can coordinate with Washington-based groups funded by big labor unions and other special-interest groups that he says smear the congressman.

“While the Seals campaign is largely out of money, close to $2 million in TV, mail and robo calls have been dumped in our community by unions, trial lawyers and other special interests,” Elk said.

Meanwhile, Kirk’s campaign, which has spent $4 million this election cycle, reported having $885,000 on Oct. 15, after having spent about $1 million and raised about $121,000 in the month’s first two weeks. He has reported receiving about $140,000 in contributions since.

The Fate of Patrick Fitzgerald
Nov 14