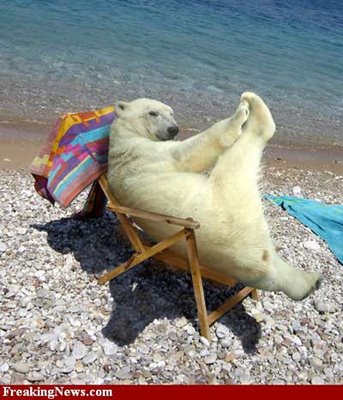 “Drill now” for oil off our state coasts may make for cute, well-polled political rhetoric, but it is sadly typical of the oil-industry-funded propaganda that has diverted attention from real energy solutions for decades. This particular campaign is the brainchild of Newt Gingrich, the former Speaker of the House of Representatives who resigned his office in disgrace, and now John McCain is aping Newt’s rhetoric. Here’s the reality of the proposal for offshore drilling:

• No Help for Gas Prices Now: McCain’s own top economic adviser, Douglas Holtz-Eakin, admitted it would have no immediate effect on supplies or prices and McCain himself said the plan would have mostly “psychological” benefits. In fact, the Energy Information Administration says that new offshore drilling wouldn’t have “a significant impact” on gas prices until 2030 (yes, that’s twenty-two years from now). • Little Help in the Future: Combine estimates of offshore oil and drilling in Alaska’s ANWR reserve and you still, decades from now, add only an additional 1 percent of world production in the far off future — an amount that economist Dean Baker estimates would lower prices by about $0.08 on a $4.00 gallon of gas. • But “Drill Now” is a Big Fundraiser for the Rightwing: On the other hand, Newt Gingrich’s new “American Solutions” front group has reportedly raised millions hyping this rhetorical distraction on his fundraising page. At best, instead of pumping hundreds of billions of dollars into the hands of countries and companies based thousands of miles overseas, consumers will be pumping a portion of those billions to Exxon Mobil running rigs a hundred miles or so offshore. No energy jobs for most communities from drilling, but plenty from kicking the oil habit: That kind of “energy independence” won’t create jobs in most communities, since those oil dollars will still be pumped right out of your community and state. As U.S. PIRG highlights in a new report published just this week, Squandering the Stimulus, the federal stimulus checks are not helping local economies since increased gas prices mean families are essentially just signing their checks over to big oil companies like Exxon Mobil or sending them to oil-producing countries like Saudi Arabia. On the other hand, high gas prices can be transformed by state policymakers into local green jobs with the right political will. For example: • As General Motors and other companies promise to deliver plug-in electric cars within two years, it’s worth remembering that the electricity powering those cars can then come from local sources — solar, wind, cogeneration, biofuels — which will create jobs in states across the country. • Expanding mass transit means not only power can come from local sources, but there will be jobs building the mass transit network, something many cities are recognizing. • If we retrofit homes and businesses to use less or no oil fuel, we will create tens of thousands of new construction jobs, replacing many jobs lost with the current subprime meltdown of new construction. Americans are spending hundreds of billions of dollars ever year on oil and gasoline. Instead of propping up that oil habit with false promises of offshore drilling, we can instead spend that money on green transit and heating options that will not only help save the planet from a climate catastrophe, but will also create green jobs in every community.

PERI, Job Opportunities for the Green Economy: A State-by-State Picture of Occupations that Gain from Green Investments Apollo Alliance, State Leadership for a New Energy Future COWS, Workforce Alliance, and Apollo Alliance, Greener Pathways U.S. PIRG Education Fund, A Better Way to Go: Meeting America’s 21st Century Transportation Challenges with Modern Public Transit Nathan Newman, a lawyer and Ph.D., has an extensive history of supporting local policy campaigns, from coalition organizing work to drafting legislation. Previous to coming to Progressive States Network, he was Associate Counsel at the Brennan Center for Justice, Program Director of NetAction’s Consumer Choice Campaign, co-director of the UC-Berkeley Center for Community Economic Research, and a labor and employment lawyer. He received his J.D. from Yale Law School and his Ph.D. in Sociology from the University of California at Berkeley and has written extensively about public policy and the legal system in a range of academic and popular journals.