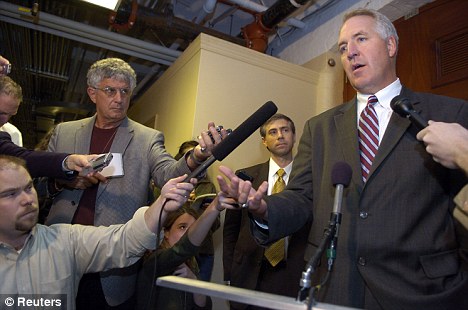 A Republican congressman hoping to chair the powerful House Energy Committee refers to the Bible and God on the issue of global warming.

Representative John Shimkus insists we shouldn't concerned about the planet being destroyed because God promised Noah it wouldn't happen again after the great flood. Speaking before a House Energy Subcommittee on Energy and Environment hearing in March, 2009, Shimkus quoted Chapter 8, Verse 22 of the Book of Genesis.

He said: 'As long as the earth endures, seed time and harvest, cold and heat, summer and winter, day and night, will never cease.'

The Illinois Republican continued: 'I believe that is the infallible word of God, and that's the way it is going to be for his creation. The earth will end only when God declares its time to be over. Man will not destroy this earth. This earth will not be destroyed by a flood."

He added: 'Today we have about 388 parts per million in the atmosphere. I think in the age of dinosaurs, when we had the most flora and fauna, we were probably at 4,000 parts per million. There is a theological debate that this is a carbon-starved planet — not too much carbon. And the cost of a cap-and-trade on the poor is now being discovered.'

The Republican is a vocal opponent to President Obama's American Clean Energy and Security Act of 2009 - the so-called 'cap-and-trade' Bill, aimed at limiting carbon emissions.

The Bill passed the House of Representatives last year, but has yet to pass the Senate. 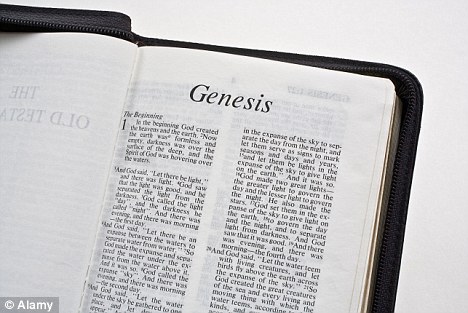 Reference point: Mr Shimkus is a member of the Lutheran Church and believes the Bible is the actual word of God

Shimkus, who has served on the committee since 1997, will likely be competing against Texas Representative Joe Barton and Michigan Congressman Fred Upton for the leadership.

In a letter to fellow Republican Congressmembers, Shimkus says: 'I believe I have the credentials within the Commitee to bring fairness, without protests from the other side of the aisle, in its operation.'

He adds that 'now is not the time to moderate or compromise on our most deeply held values'.

It is not the first time Shimkus has sparked surprise. In May 2007, he compared the Iraq war to a baseball game between his 'beloved' St Louis Cardinals and the 'much despised' Chicago Cubs.

He also hit the headlines in 2009 when he walked out as President Obama delivered a speech to a joint session of the House and the Senate.

The Committee on Energy and Commerce, to give it its full title, is one of the oldest standing committees of the United States House of Representatives having been established in 1795.

It takes a central role in formulating U.S. policy on climate change and global warming.

sure, global warming won’t destroy all
life on earth, as per God’s promise if
“deluge” He said He wouldn’t send again,
to destoy all life on earth, can mean
a deluge of anything, not just water.

Limited, not near total destruction.

but you, me and the nazipublican who
said not to worry will die and a lot
of others. Bad stewardship.

*GOD* won’t destroy the Earth in a flood, that would be entirely manmade four horses of the apocalypse.
Shumkus is the unwitting (we hope) aide to the devil and apocalypse.

The CIA, an American Pinay Circle & the Muslim Brotherhood