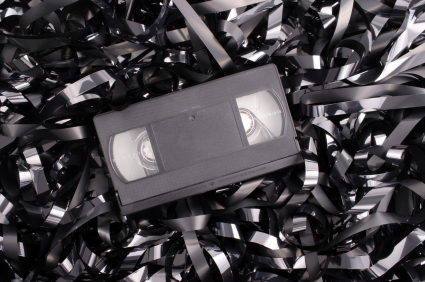 The legal inquiries into the CIA’s destruction of videotapes showing the brutal interrogation of terror suspects may not be over after all.

A day after the Justice Department announced that a special counsel had concluded his investigation into the matter without bringing criminal charges, officials of the National Archives and Records Administration signaled Wednesday that they plan to reopen their own long delayed probe into whether the agency’s actions constituted an improper destruction of federal records.

“We’re not going to let this drop,” Susan Cooper, a spokeswoman for the National Archives told NBC.

On Dec. 10, 2007, a top National Archives official had written the CIA asking it to explain the tapes destruction in light of the Federal Records Act, which states that “no federal records may be destroyed” without agencies getting prior approval from the National Archives to dispose of the material.

That law defines federal “records” broadly to include all “documentary” material “regardless of physical form or characteristics.” Douglas Cox, a law professor who has researched the issue, said that definition unquestionably encompasses videotapes.

A CIA official wrote back to the National Archives in January 2008, saying the agency was “unable to respond” to the inquiry in view of the pending criminal investigation that had recently been announced by then Attorney General Michael Mukasey.

Now that the criminal probe is over, “the matter is back on our radar screen,” the Archives’ Cooper said. If the Archives does not hear back from the CIA shortly with an explanation, the Archives plans to follow up and seek the agency’s justification for destroying “documentary” material without getting prior approval. It will then determine if any further action is warranted, she said. ... CONTINUED