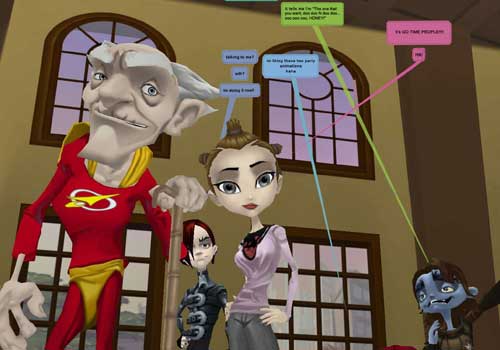 When you can't get an actual human to endorse your candidacy, the next best thing is to get Simone to do it. Remember Simone, from the Al Pacino movie? She's a virtual robot who will pretty much say anything you type into her mouth. So Jerry Ray Hall, who is seeking to replace Rep. Ralph Hall in District 4 using an odd truth-be-damned campaign strategy, went to oddcast.com and, voila! Instant endorsement.

It's weird beyond weird. I think even the Tea Party that he claims to represent would be appalled if they were organized enough to know that he's out there claiming to represent them.

I tried to embed Hall's video here, but it doesn't embed properly. So go to Jerry Hall's campaign Web site and enjoy the new world of virtual endorsements, which meshes nicely with Hall's "virtual truth" description of his academic, business and charitable accomplishments.

(By the way, oddcast.com also allows you to be endorsed by that little baby boy who appears on those E-Trade commercials. Or you can have Flo from Progressive Insurance endorse you. I think you can even get someone from Avatar to endorse you from an entirely different planet. The sky galaxy's the limit! Go Jerry!

He also apparently believes in virtual identities and credentials (law degree, doctorate). Hall wrote me two emails this week under his own name, using his jerryhallforcongress.org email address. But the IP address on the email was exactly the same as a posting we received earlier this week from a commenter named "Bill" who used the fictitious email address texdt@gmail.com.