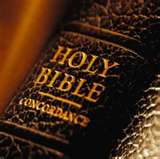 Not-So-Intelligent Design? - America's good little Nazis don't feel that burning the Bible is quite Kosher, so they're editing the "infallible word of God," who has obviously gotten some very dangerous left-wing, out-of-the-mainsteam ideas into his Head. In the new, "improved" edition, Jesus will advocate perpetual war, denounce ecological "Philistines" and bless the moneychangers. Foreword by Ayn Rand. - AC

Blessed are conservative in Bible interpretation
By TOM BREEN (AP)

CHARLESTON, W.Va. — Was Jesus a liberal? It may depend on which Bible you're reading. 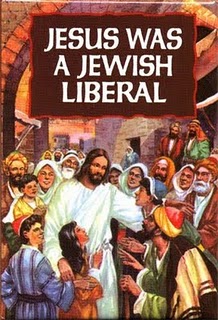 A group of contributors to the Conservative Bible Project claim modern translations of the Good Book are slanted in favor of concepts like socialism. Led by New Jersey's Andy Schlafly, son of the conservative activist Phyllis Schlafly, they're producing an online translation of the Bible that they say reflects its true conservative core.

Editing the King James Version like a Wikipedia page, they're changing some passages and throwing others out altogether.

Biblical scholars, including some conservatives, scoff at the idea. They say translating the Bible from ancient texts takes years of training and study, and that existing translations are produced with accuracy in mind rather than politics.