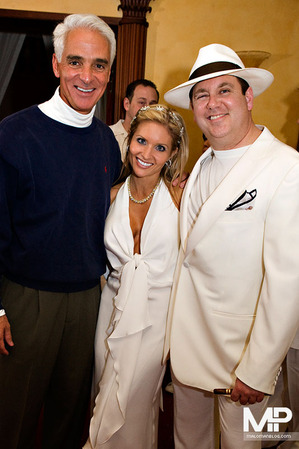 If you read the headlines about the major Mafia case that broke in Miami yesterday, you might have wondered if fallen Ponzi schemer Scott Rothstein had any connections to the mobsters charged.

When Rothstein took over management of Casa Casuarina last year, he brought in a company called Five Star Executive Protection & Investigations to run security at the prime Miami Beach property, better-known as the Versace mansion, according to a source who worked in management there at the time.

Yesterday, Five Star owners Enrique Ros of Pembroke Pines and Daniel Dromerhauser of Miami were charged in the Mafia case that stretches to Sicily and New York and netted 26 arrests in a recent undercover sting operation. Dromerhauser was arrested yesterday by an FBI SWAT team on money-laundering and conspiracy charges; Ros remains at large. Both were tied to purported Sicilian mobster Roberto Settinari, who was also arrested in the case, which made international headlines.

"It was told to us that [Five Star] had done a lot of work for Scott [Rothstein] and these people had worked with Scott for years," said the source, who asked for anonymity.

It's not known what other work Five Star may have provided for Rothstein. Five Star's main office is located at 519-B S. Andrews Ave. in Fort Lauderdale. A telephone number listed for the Fort Lauderdale office was out of order, and a Miami number for the firm came to a recording apparently made by the 33-year-old Ros.

"You have reached Enrique with Five Star. Please be advised that I will be out of the country on a security detail until further notice. For immediate assistance, please call my partner, Dan Dromerhauser... thank you."

The fugitive Ros also owned a company at the same Andrews address called 5 Star CCTV & Spy Shop and a Pembroke Pines company called Five Star Window Tinting, the latter of which recently went out of business.

Rothstein, meanwhile, is listed as still being in custody in the Port St. Lucie Jail after he was moved from the Federal Detention Center in Miami due to safety concerns.