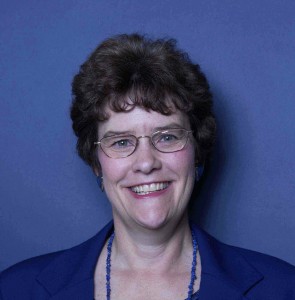 Janine Hansen, an Independent American, filed today with the Secretary of State in Carson City for Assembly District 33 which includes Elko County and parts of Humboldt County .

… “My record of 38 years is unmistakable. I will stand for less government, lower taxes and a return to Constitutional standards and liberty,” stated Janine Hansen.

Janine Hansen was named the Number 1 Conservative in Nevada in 2009 by Chuck Muth in his column naming the Top Ten Conservatives in Nevada . Her service at the State Legislature first started as a citizen advocate. She was particularly noted by Chuck Muth:

Janine Hansen: “Nobody, and I mean nobody, did a better job covering and lobbying the Legislature this year for conservatives. Nobody. And she did it as a citizen volunteer, not a high-priced lobbyist. If you were a conservative interested in not only knowing what the Legislature was up to on an almost-daily basis, all you had to do was subscribe to Janine’s free email updates. Not only did she explain what bills were coming forward, why they were good or bad, and who to call or email to urge “yes” or “no” votes, but Janine explained the complexities of the legislative process to us in a way that the average citizen and taxpayer could understand. Oh, and did I mention that she did this by driving to and from Carson City each week from Elko?”

Janine has been an active citizen volunteer at every Legislative Session since 1971. She has served in this capacity full time since 1991.  She understands the Legislative process and the pressures that continually increase taxes and the size of government.

She was a speaker at several Tea Party events in 2009 including the largest one on April 15th with over 3,000 people in attendence at the Nevada Legislature building.

“The Legislature ignored the people during the 2009 Legislative Session and significantly increased the taxes. This was a travesty, but not surprising since many legislators are themselves government employees and there are more lobbyists representing government and government unions than other interest at the State Legislature. The people go unrepresented except by a few citizens willing to sacrifice their time to be at the Legislature day after day,” stated Hansen.

* Married, mother of four children, two of whom were homeschooled.  Grandmother of nine.

* Native Nevadan born and raised in Sparks . Moved to Elko in 2005.

* Citizen lobbyist at the Nevada Legislature 1971-2009 and for the past 18 years, a full-time lobbyist for Nevada Eagle Forum and the Independent American Party.

* Executive Director of the Independent American Party of Nevada .

* Founder, Publisher and Editor of the Nevada Families Voter Guide published every general election since 1988.

* Northern Nevada Director Nevadans for Sound Government (Axe the Tax) sponsoring referendum to repeal the $836 million tax increase and an initiative to prohibit government employees from serving in elected office 2004.

* Organizational member of the Nevada Campaign to Defeat the USA PATRIOT ACT.

* Executive Director of the Nevada Committee for Full Statehood which is working to restore jurisdiction over Nevada ’s lands to Nevada and implementing the principles of the Tenth Amendment.

* Initiative Petition Chairman for 16 of Nevada ’s 17 Counties for the successful Coalition for the Protection of Marriage to keep marriage between and man and a woman, 2000.

* Independent American Party candidate 2004 for U.S. House of Representatives, for Secretary of State in 2006 and State Senate in 2008.

* Instrumental in defeating the National Call for a New Constitutional Convention and the defeat of the related Conference of the States.

* State Chairman of the Choose Life Campaign 1990 to stop a ballot question, which locked abortion into the Nevada Constitution.  First testified opposing abortion in the Nevada Legislature in 1971.

* Co-Chairman of the Choose Life Coalition, which has sponsored a full-page pro-life ad with 400 sponsors in the Nevada Gazette Journal and other newspapers for 25 years and organizer of the annual Choose Life Rally & Life Chain.

* Pro-family elected delegate and Pro-family Caucus Chairman to the National Conference on Families in 1980 in Los Angeles .

* Chairman Pro-Family Coalition, which achieved a 68% victory, defeating the ERA on the Nevada statewide ballot in 1978.