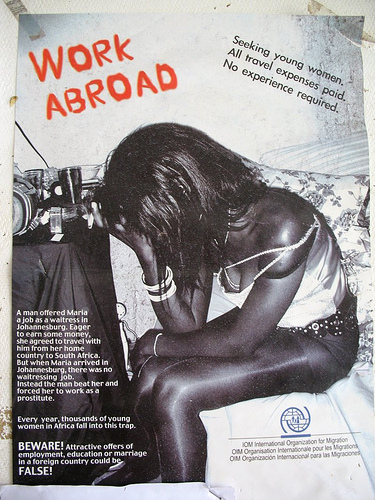 Oklahoma: A measure to stop human trafficking in the state was unanimously approved yesterday. The bill will increase the penalties for destroying or stealing someone else's identity papers or passport. The bill will also better publicize an emergency hotline for the victims.

Oregon: Washington county law enforcement warns of high child prostitution in the area. They said that the girls are not criminals but rather victims of sexual abuse by the pimps.

Washington: The state passes the bill to strengthen anti-child trafficking law. The new bill will toughen penalties for the clients of minor prostitutes and child traffickers. Instead of focusing on child prostitutes, the police will now focus on arresting child traffickers and the johns. Under the new legislation, the traffickers and johns will spend 93-331 months instead of 21-144 months upon conviction. The fines also increased from $550 to $5000.

Haiti: Authorities in Bolivia found 19 Haitian children and teenagers trafficked by the gangs. The children entered from Peru to Bolivia with other 88 Haitians on tourist visa. The police said that they arrested two Bolivians and a Haitian for sex trafficking these children. Children are currently staying at a safe house.

UK: Police was given more time to question six men and a woman who are allegedly involved in child trafficking. They were arrested after the police received a call from a local resident raising the suspicion over possible sexual exploitation of underage girls. Warrants were granted as part of the multi-agency investigation.

Czech Republic: EU police focuses on human trafficking at the Prague airport. The EU police from Germany, Estonia, Portugal, and the Netherlands began working at the airport along with Czech police force.

Bulgaria: The authority arrested 40-50 of 300 top  gang leaders in the country. According to the report, the interior Ministry hopes that it would lock up the rest of the 300 gang leaders by the end of the year 2010. in 2009, 52 police officers lost the job and are prosecuted on the charges of corruption and assistance to organized crime.

Australia: The Prime minister promises to cooperate with Indonesia in combating human trafficking. The framework for the new legislation will increase cooperation between the two countries in immigration and border control issues. A taxi driver arrested on human trafficking charges for trafficking an Albanian man. Albanian man said that his father gave him the taxi driver's number when he left Albania for Slovenia.

Botswana: Though the women's status is improved in the country, the authority says it still has no law to protect women from violence. The country has no legislation for human trafficking, and many women and children are subject to poverty. 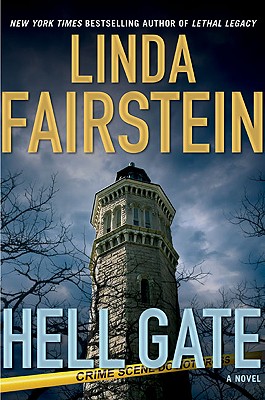 March 9 (Bloomberg) -- When the rusty Ukrainian freighter ran aground on a sandbar near New York City’s Rockaway Beach, the bodies started washing ashore. The boat was crammed with human cargo, poor men and women desperate for a new life, exploited by traffickers known as “snakeheads.”

Before turning to writing, Fairstein prosecuted rapists and killers as head of the New York District Attorney’s Sex Crimes Unit. She continues to consult on cases involving victims of violence.

We spoke over lunch at Bloomberg world headquarters in Manhattan.

Lundborg: Did you find all the sex scandals a particularly tempting target?

Fairstein: I had no intention of writing a book about politicians, but the fun was in trying to tame some of the actual stuff down. If I put the details of the real scandals into a book, no one would believe it, so we have to work much harder as novelists.

Lundborg: Why do politicians take such risks? Is it part of the thrill?

Fairstein: I’ll never understand it. When the guy is in the hotel room about to take off his pants, you’d think he’d remember yesterday’s headlines.

How do they think it won’t come out? John Edwards was making sex tapes with his mistress while running for the presidency.

Lundborg: Another theme in your book is human trafficking. By some estimates, it’s the fastest-growing criminal industry, now topping $40 billion annually. Two and a half million people a year are victimized. Why is it on the rise?

Fairstein: It’s so easy to take advantage of the desperate. We have such little awareness in this country of how pervasive it is. In Southeast Asia, it’s children under 10 who are the commodity.

In the novel, I focus on the poorer countries of Eastern Europe, where it’s mostly teens who are shipped out to become sex slaves, many of them chained in back rooms and basements. The girls go along because they’re told they can make money as barmaids or waitresses.

Fairstein: Everyone wants to come to the U.S. There’s been a long history of human trafficking here in the city. There was the Tontine Coffee House down by the port, the 21 of its day, and the slave market was right across the street. It’s shocking that the trade is still going on.

Lundborg: It’s not just imported slaves, is it?

Fairstein: There’s also a problem within the U.S. You could probably go to Port Authority any day of the week and watch guys pick up girls getting off the bus from Detroit or Kansas in order to break them into the sex trade.

Lundborg: What’s the difference between prostitution and trafficking?

Fairstein: It’s blurring. The trafficking is much more organized, analogous to drug cartels. You have to follow the money with a team specializing in racketeering.

Lundborg: Even more heartbreaking is the fact that these young women can’t ever go home.

Fairstein: It’s the same story of blaming the victim. I based the story of the girl in the Ukraine on facts: Teenagers are chained in a basement until they get pregnant, when they’re thrown out by the traffickers.

Then they’re rejected by their families, who think they’ve done something to bring it upon themselves.

Lundborg: Who goes to these degraded sex slaves?

Fairstein: There’s a whole underbelly of Bada Bing bars and topless clubs patronized by guys for whom it’s, sad to say, a different kind of thrill.

Abusing the younger child, the teen, offers a special kind of excitement to some men.

Lundborg: What happens to the girls after they get older?

Fairstein: Some become street prostitutes but I don’t think a lot of them make it out alive. They abuse drugs and alcohol from a very early age to get them through the day and night. You’re looking at a very damaged population.

A few do get helped by organizations that work with trafficked women, like GEMS, Girls Educational & Mentoring Services.

Lundborg: “Hell Gate” is your 12th novel. How has the mystery novel evolved since you started writing?

Fairstein: There’s the huge impact of forensics and the tech world. I have a lot of trouble reading what are called “cozies,” since they’re so unrealistic now.

Lundborg: What’s changed for you as a writer?

Fairstein: At first I thought it was just beginner’s luck. For the first four, I was insecure about my ability to keep the characters evolving, to finish the book, but in writing a series, I know my characters so well now.

When I start another book, it’s like sitting down with great friends.

(Zinta Lundborg is a writer for Bloomberg News. The opinions expressed are her own. This interview was adapted from a longer conversation.)

To contact the reporter on this story: Zinta Lundborg in New York zlundborg@bloomberg.net.