Ira Hansen’s own words brought him down

Almost anyone should have learned something from Assemblyman Ira Hansen’s public and humiliating lesson: Your words can come back to haunt you.

Hansen, chosen by his Republican peers to lead them into the new world of majority power, was forced to decline his promotion to speaker of the Assembly after a well-researched article in this newspaper by veteran journalist Dennis Myers revealed his racist, misogynistic, and homophobic rants as a former columnist for the Sparks Tribune.

Progressive activists in Reno are all too familiar with the Hansen family, after decades of opposing virtually everything the most famous member of the clan, Janine Hansen, has espoused. And she’s been very busy, opposing gay rights, abortion, sex education, the Equal Rights Amendment, and all things progressive.

I’ve never forgotten an encounter I had with Janine more than 25 years ago when she paraded around a city park with ugly placards, chanting hateful things about gays. One sign read: “Gay—Got AIDS?” That day, I told her she was disparaging a member of my family and to please stop. Her eyes glazed, and she looked directly at me and screamed her hate in my face.

Since then, Janine has mellowed a bit as she’s taken her extremist views directly to the Nevada Legislature as a lobbyist for the Nevada Families Eagle Forum, affiliated with Phyllis Schlafly’s National Eagle Forum. She’s more respectful in that venue, dressed in her Sunday best, but it still doesn’t take much prodding to get her to explode. 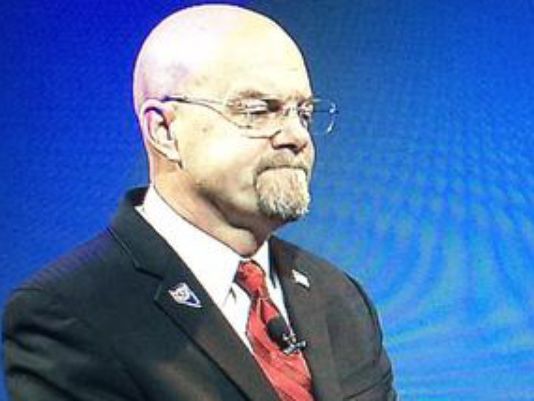 Ira seemed cut from the same cloth as his more famous aunt, writing vitriolic weekly columns in the Sparks Tribune and dispensing much of the same as a paid talk show host on KKOH, Reno’s right-wing talk radio station. I ignored him as I tried to ignore all the Hansens, unlike some progressives who were obsessed with the family.

Ira disavowed the political organization his family practically created, the Independent American Party (IAP), saying he would rather win an election as a Republican—which he did, running for the Assembly in 2010—and then work within the Republican Party to move it ever rightward. During his first legislative session, he was quick to leave the room whenever his Aunt Janine testified to emphasize his separate identity. He wanted everyone to know he was not disguising himself as a Republican just to get elected, a strategy pioneered by none other than Sharron Angle, who switched from IAP to Republican and then won an Assembly seat.

Progressives were appalled by his victory, but not surprised. In his two terms of service in the Assembly, he’s performed as expected, loudly proclaiming his views, which don’t seem to have changed much from his columnist days, although he told Jon Ralston in a recent interview, “I haven’t called anyone a homo in a long time.”

But as the pressure mounted for him to withdraw as the Speaker designate, Ira blamed everyone but himself. He insinuated Myers took his words “out of context” in retaliation for a perceived slight decades old. He then talked of a conspiracy led by Gov. Sandoval and his advisers to remove him from his post because of his opposition to a secret “billion dollar” tax increase.

Aunt Janine agreed, in a letter published last week in the Elko Daily Free Press. “We have just witnessed the political assassination of Ira Hansen. … This politically correct assassination serves directly the purpose of the Democrat-Republican cabal that enslaves Nevada.” She goes on to say the “uppity conservatives have received the message … follow the party line or you will be taken out to the woodshed like Ira.”

A member of the party that loves to tout personal responsibility, Ira wanted none of it, even though it was his very own words that caused his demise.