The Machine that Killed Hendrix - The Constantine Report
0 SHARES

The Machine that Killed Hendrix 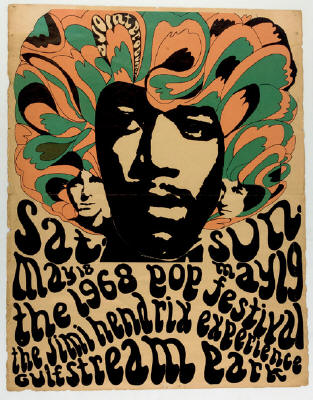 "Hendrix was traumatised by an impoverished upringing and stung by the systemic racism that dogged him as the child of African-American and Cherokee parents." Photo: Electric-guitars-rock.com

September 18 marks the 40th anniversary of the death of US musician Jimi Hendrix, widely regarded as one of the greatest rock guitarists of all time.

Hendrix’s identification with progressive politics embodied the ferment of the late 1960s, with songs like “If Six Was Nine” (“I’m gonna wave my freak flag high”), “I Don’t Live Today” (about the plight of Native Americans) and the visceral anti-war tone poem “Machine Gun”. Hendrix spoke out in favour of the radical anti-racist Black Panthers and criticised the US war on Vietnam. He played free at a benefit concert for the Chicago Seven (activists charged with conspiracy to riot over the protests outside the1968 Democratic National Convention) and famously performed a radical deconstruction of the US national anthem, “Star Spangled Banner” at the 1969 Woodstock festival. The FBI considered him a dangerous subversive and targeted him for surveillance and harassment. Forty years on from his death, a web of intrigue continues to surround the legacy of this visionary guitarist and composer. Hendrix may have been a musical genius, but he was a babe in the woods when it came to the hard commercial realities of the music business. This is often attributed to factors such as Hendrix’s easygoing nature and drug use, but it flows a little deeper than that. Psychologists would call it “learned helplessness”. Traumatised by an impoverished upbringing in Seattle and stung by the systemic racism that dogged him as a “half-caste” child of African-American and Cherokee parents, Hendrix was exceptionally vulnerable to the rankest forms of exploitation. In 1965, Ed Chalpin (who specialised in producing cheesy cover versions of Top 40 hits) coaxed the up-and-coming guitarist on the Chitlin’ Circuit (as US venues open the Black performers were known) into signing an exclusive recording contract — for an advance of US$1. The next year, Hendrix picked up a contract with British management outfit Yameta. Chas Chandler, ex-Animals bassist, knew Hendrix’s transcendental amalgam of blues, rock, jazz, funk and soul had the potential to revolutionise the music scene. Hendrix re-located to London, where his band, the Jimi Hendrix Experience was formed in late ’66 under Chandler’s direction. Hendrix harnessed the sonic potential of modern amplification to saturate the ears and minds of stunned audiences with head-trips of three-dimensional tone and colour. There was an element of avant garde exploration in Hendrix’s emerging psychedelic sound — the creative process, not the end product, was what mattered to him. Following Hendrix’s spectacular rise to international fame after his performance at the Monterey International Pop Festival in June 1967, Chandler’s shady Yameta partner, Mike Jeffery, stepped in as the controlling force. The Experience was the hottest act around, regularly earning $50,000 per show. But the band members (Hendrix with bassist Noel Redding and drummer Mitch Mitchell), received a minimal share. Most of the takings disappeared into offshore Yameta bank accounts, never to be seen again. To make matters worse, Chalpin initiated a law suit claiming prior rights to the proceeds from Hendix’s releases. Years of stressful litigation ensued, and Hendrix found it impossible to terminate an increasingly abusive professional relationship with Jeffery. As an ex-military intelligence agent with reputed links to MI6, the FBI and organised crime, Jeffery was sly and manipulative. Jeffery was widely rumoured to have planted the vial of heroin that appeared in Hendix’s luggage at Canadian customs. The resulting legal hassles made Hendrix even more dependent on his manager. Desperate for some creative down time, Hendrix was coerced into non-stop touring by Jeffery. Allegedly, Jeffery was behind a bizarre 1969 kidnapping in which the guitarist was abducted, held for days and threatened with death. The episode of extraordinary rendition was supposedly a charade designed to intimidate Hendrix, who told friends on many occasions he feared for his life. Towards the end of his life, Hendrix was making moves toward a new start — but too late. He died in London on September 18, 1970 — a few months after breaking off all contact with his manager. Inhalation of vomit due to barbiturate intoxication was the official cause of death. The toxic Yameta agreement had almost expired, and Hendrix — eager to step back from power-rock to pursue jazz-inspired fusion projects — was counting the days. Former Hendrix roadie, James “Tappy” Wright, claimed in his 2009 autobiography Rock Roadie that Jeffery drunkenly confessed in 1971 to murdering Hendrix. Wright said Jeffery told him he stuffed pills into Hendrix’s mouth and poured “a few bottles of red wine deep into his windpipe”. Jeffery allegedly said: “I had to do it. Jimi was worth much more to me dead than alive. That son of a bitch was going to leave me. “If I lost him, I’d lose everything.” Circumstantial evidence adds to the mystery. Hendrix’s clothing was saturated in red wine, but the post mortem examination revealed little alcohol in his bloodstream. Such evidence is intriguing, but the absence of conclusive proof makes it impossible to verify the murder conspiracy theory. At the very least, however, it is clear the insane pressures inflicted on him by the profit-driven music business machine contributed to Hendrix’s untimely death. In a sense, Hendrix’s death amounted to a slow execution by the corporate capitalist music machine. Hendrix died intestate and the question of who owns his work has been in and out of court for decades amid claim and counter-claim by competing factions bidding for exclusive rights. In the mid-1990s, multi-billionaire Paul Allen, co-founder of Microsoft, underwrote a successful campaign by Hendrix’s father Al (who died in 2002) and stepsister Janie to wrest control from controversial producer Alan Douglas. Hyped as a progressive development at the time, the Experience Hendrix company (operating in silent partnership with Allen) has since acquired a reputation for aggressively bullying any other potential claimants — including Hendrix’s children and his brother Leon. What would Hendrix have made of it all? Perhaps he would ruefully conclude that the confining “plastic cage” he sang about in “Stone Free” was not so easy to break, after all. http://www.greenleft.org.au/node/45351

I have to disagree that there’s no evidence of murder in Jimi’s case. Dr Bannister was very public about removing a large amount of red wine from Jimi’s lungs before resuscitation could be attempted. Yet Jimi’s blood alcohol level at autopsy was only .005%, which is a negligible level incapable of causing the drug conflict being claimed as the cause of death. Also Jimi’s clothes and hair were soaked with pure wine obviously spilled in the act of drowning him while incapacitated on a barbiturate level that was obviously designed to produce that state of unconsciousness. All the forensic factors for covert murder are right where they should be. No authorities ever attempted to interview Dr Bannister or process his witnessing. If COINTELPRO didn’t directly murder Jimi they definitely helped cover it up. But I think we are just stating the obvious here myself.