” … At the heart of Poindexter’s current appeal is a recording. … The recording of the killer was withheld from the defense and sent to FBI headquarters where director J. Edgar Hoover secretly ordered the head of the FBI crime lab to not prepare a report on the tape. … “ 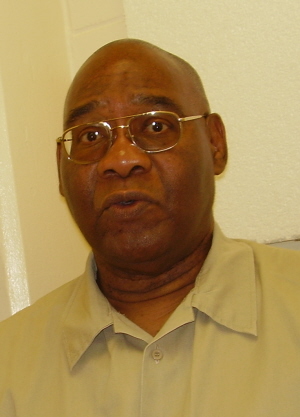 Edward Poindexter, the former head of the Omaha, Nebraska chapter of the Black Panthers, has filed a Petition for Writ of Habeas Corpus in the U.S. District Court of Nebraska. Poindexter’s petition seeks an order reversing his “illegal conviction and sentence” for the 1970 murder of an Omaha policeman.

Imprisoned forty years for the bombing death of patrolman Larry Minard, Poindexter and his co-defendant Mondo we Langa (formerly David Rice) were convicted following a controversial trial tainted by COINTELPRO tactics. Operation COINTELPRO, the Federal Bureau of Investigation’s illegal war on American political activists, was unknown to the public at the time of Minard’s death and was officially terminated shortly after Poindexter’s 1971 trial.

At the heart of Poindexter’s current appeal is a recording of the 911 call that lured Minard to his death in a vacant house. The recording of the killer was withheld from the defense and sent to FBI headquarters where director J. Edgar Hoover secretly ordered the head of the FBI crime lab to not prepare a report on the tape.

The Omaha field office of the FBI had been under pressure from Hoover for months to take counterintelligence action against the Panther leadership and both Ed Poindexter and Mondo we Langa were targets of the undercover agents.

In order to pin the bombing on the two Panther leaders it was necessary to get the evidence of the real killer, the 911 caller, out of the way. Hoover gave the order to the crime lab, with the apparent concurrence of acting police chief Glen Gates, before Minard’s body was laid to rest.

The sordid details of the COINTELPRO manipulation of the investigation and trial did not emerge until years later under Freedom of Information requests. Poindexter’s petition tells the sad story of his attempt to gain a new trial in the state court system.

“The Omaha Police Department has tape recorded the 911 call of August 17, 1970, but at the 1971 trial, no evidence was presented concerning the 911 tape. The trial jury was not able to listen to the voice of the 911 caller because the prosecution failed to disclose evidence of a taped recording of the call. The only significant evidence implicating Poindexter was given to them by then 16 year old Duane Peak, who claimed he had made the call, and who gave contradictory testimony at the preliminary hearing and trial.”

Omaha police destroyed the original tape following the trial but a dispatcher’s copy emerged years later. Finally, after decades in jail, Poindexter was able to hear the voice of Minard’s killer and immediately recognized the voice was not that of Peak. The tape was submitted to internationally renowned voice expert Tom Owen who has been an expert witness 180 times in 41 states.

“Owen compared the 911 call and Peak’s voice on the voice exemplar from a digital perspective transferred onto Owen;s computer. Owen utilized a 12-step methodology for voice identification using the aural method, and completed a report….Owen made several spectrographs for comparative purposes and concluded there was a difference in pitch between Duane Peak’s known voice and the voice on the 911 tape and an obvious difference in the sound of the voices.”

“Also testifying was attorney David Herzog, counsel for David Rice [Mondo we Langa] in the joint trial, who stated unequivocally that defense counsel were not aware of the existence of the 911 tape, much less police reports, which illustrated the tape had been played for critical State witnesses. Herzog further testified that if defense counsel has been aware of the 911 tape, the defense tactics at trial would have been very different. A critical police report kept from Attorney Herzog was an exhibit which illustrated that Duane Peak’s brother, Donnie Peak, was identified as possibly the 911 caller by Annie Norris, a key prosecution witness at the 1971 trial. Herzog testified that if the report had been available to him, he also would have known the police had possession of a 911 recording of Duane’s voice.”

“Prosecutorial misconduct denied Poindexter due process of law guaranteed by the Fifth and Fourteenth Amendments of the United States Constitution.”

“At Poindexter’s trial, the prosecution’s key witness, Duane Peak, who claimed he made the 911 call, was the only witness implicating Poindexter in the murder.”

“The prosecution withheld from Poindexter’s counsel vital information regarding the 911 call that lured the Omaha Police Department to the abandoned house and officer Minard to his death, in spite of counsel’s request and the court’s order, that all such information be disclosed.”

“The prosecution failed to inform the defense counsel that the 911 call had been recorded, or to make a copy available to defense counsel, so that they could listen to the tape and/or to conduct their own analysis of the tape.”

“The prosecution failed to inform defense counsel that it sent a copy of the 911 call tape to the FBI for voice identification, and that the FBI would only provide a verbal report on its analysis, depriving defense counsel of that information.”

“The prosecution failed to inform defense counsel that it advised the FBI, after Duane Peak claimed to have made the 911 call, that any use of the tape before the end of the trial could be “prejudicial” to the murder trial of Poindexter and his co-defendant.”

“The prosecution failed to disclose to defense counsel, the court or the jury that it had made an explicit or tacit agreement to prosecute Duane Peak with leniency and as a juvenile, in exchange for his testimony that he had made the 911 call and that Poindexter and his co-defendant were responsible for making the bomb that killed Officer Minard.”

Duane Peak, the confessed killer, was released from custody after approximately 33 months in juvenile detention and now lives in the state of Washington.

The unknown 911 caller has never been identified or charged for the murder.

Ed Poindexter and Mondo we Langa are imprisoned in the maximum-security Nebraska State Penitentiary where they are serving life sentences. Both men steadfastly maintain their innocence.