Extortionists targeting clients of Express Scripts — one of the nation’s largest pharmacy benefits management firms — may have inadvertently picked a fight for which they were ill-prepared. Security Fix has learned that among the company’s biggest customers is the federal government, and specifically almost every federal law enforcement, military and intelligence agency in the country.

Express Scripts is the third-largest U.S. pharmacy benefit management firm, which processes and pays prescription drug claims. Working with more than 1,600 companies, it handles roughly 500 million prescriptions a year for about 50 million Americans. …

According to the 2009 Association Benefit Plan, a fee-for-service plan for civilian active and retired employees of the following organizations and one of several plans available through the Federal Employees Health Benefits Program, employees at a laundry list of three-letter agencies are Express Scripts customers. They include:

The Association Benefit Plan is administered by Coventry Health Care of Gastonia, N.C., which acquired the plan when it bought out Mutual of Omaha’s health plan coverage in April 2007.

Little wonder that Express Scripts is now offering a $1 million reward for information leading to the arrest and conviction of anyone who may be responsible for these attacks: Employees of the agency investigating the attack may be the target of this ongoing threat.

I shudder to think how much damage a creative criminal could do armed with the Social Security numbers and other sensitive information belonging to the nation’s top intelligence officials. 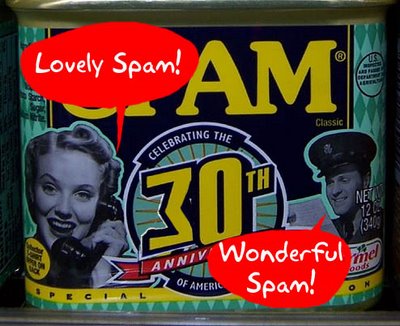