When Giannis Antetokounmpo was drafted to the NBA last year, no one knew quite what to expect. Before the draft, scouts had flocked to Greece to see the 18-year-old, born to Nigerian immigrant parents and taken under the wing of a Greek basketball coach. But it was still a big surprise when the Milwaukee Bucks drafted him with the 15th overall pick. Even Giannis wasn’t expecting it.

“No. No. No,” he told AOL on draft night. “Let me tell you the truth: No. I did not think I would be in the NBA, it was just a dream. How could I think this would happen? And happen now? But I am here now. So I am happy.”

Giannis’s name (pronounced “YAHN-iss ahn-teh-toe-KUHN-poe”) is on the map now. But in a relatively small way. In the first four games he played, he averaged just 2 rebounds and 4.8 points.

But Giannis’ life has changed a lot since the Bucks drafted him.

Antetokounmpo grew up poor in a country that’s been one of the most tumultuous financial roller coasters since the 2008 global crash. He and his three siblings helped make his family’s ends meet by selling sunglasses and handbags on the street. The kids all slept in one room. They often had to make the choice whether to pay for food or electricity.

The challenges were especially great because both of Giannis’ parents were undocumented immigrants. In Greece, that means Giannis and his siblings were too. That made it hard to find work, even in the good times, but it also meant the family faced constant danger of being exposed, Giannis told OnMilwaukee in an in-depth profile piece recently:

“For 20 years they were illegal,” he continued. “It’s very hard to live for 20 years without papers. Very, very hard. You have children and you have to go out and work without papers. At any moment, the cops can stop you and say come over here and let me send you back to your country.

“For me, my parents, they are heroes.”

Things changed when Giannis was up for a spot the NBA. Mostly in good ways, but not all. Giannis’ notoriety brought money and, in fact, it brought him and his brother (also a basketball player) citizenship on May 9, 2013. But it’s also brought the attention of the head of the Golden Dawn, a neo-Nazi nationalist party that rose from the ashes of Greece’s financial ruin.

The Golden Dawn is the outlet of anti-immigrant, racist sentiment in Greece, brought on by a feeling that “non-Greeks” are responsible for the nation’s financial difficulties. The fascist group, which holds events where it plays the anthem of Nazi Germany and hands out food to “Greeks only,” gained control of 18 seats of the country’s parliament in the last election. They call immigrants “parasites.” The danger of the fringe group reached its apex over the last two months. In September, party supporters were accused of stabbing a prominent anti-fascist Greek rapper. Country officials are now looking to ban the party.

But the Golden Dawn still has a following and a leadership, and they have set their sights on Giannis’ family. In some ways he is their perfect villain: a young boy, not ethnically Greek, able to achieve success despite poverty and immigration status. He was even fast-tracked toward citizenship because “of special services to the country.”

Nikolaos Michaloliakos, leader of the Golden Dawn, called for Giannis’ deportation after that expedited process. When Giannis was drafted in June and cameras captured him celebrating by waving the Greek flag, Michaloliakos asked reporters, “If you give a chimpanzee in the zoo a banana and a flag, is he Greek?”

Greece’s prime minister jumped to Giannis’ defense, saying, “I thank you for honoring our national colors… I hope you drive them crazy with your slam dunks.”

But Michaloliakos lashed out again weeks later, insisting that Giannis and his family should have been arrested when they went to meet the prime minister at the Maximos mansion, the equivalent to the American White House. Michaloliakos also posited that Giannis made it onto the Bucks as part of a plot by “fanatical Jew and Zionist but also a big and active antifascist activist” Herb Kohl, the former senator who owns the team.

Michaloliakos is currently in jail. He was arrested last month and charged with running a crime gang. Tensions are still high, though, and on November 1st, two Golden Dawn members were shot and killed in a driveby outside of the party headquarters.

Giannis and his family are used to racially-charged bullying. They were the only black familywithin blocks of where they lived when the kids were growing up. An early article on Antetokounmpo and his brother reports, in a loose Google translation, that the brother was “scorned by the grandstand… in many stadiums in Greece” for being black, and that Giannis had been attacked by a group of racists. Violent anti-immigrant attacks are a signature of Golden Dawn’s members. Such beatings often go unpunished by police, and an investigation last month revealed that Golden Dawn had infiltrated Greek police forces.

But Giannis isn’t discouraged by the racial hostility in which he’s found himself in the center. In a testament to the patriotism of undocumented people everywhere, he told On Milwaukee, “It’ll be nice that family can be here and be away from anything that’s happening in Greece. But I love my country. Greece is my country. I’m going to go back home.”

For now, Milwaukee is Giannis’s home. He’s already got an affectionate nickname there — they call him “The Alphabet” for his mouthful of a name — and the adoration of his general manager, coach, and teammates.

“As a big brother to him, he is fun to be around and it takes me back,” Bucks small forward Caron Butler told The Sporting News. “I got a daughter who is 18 years old, so I look at him more like a son. His spirit is always great, he looks at this and thinks there is nothing he can’t do or be.” 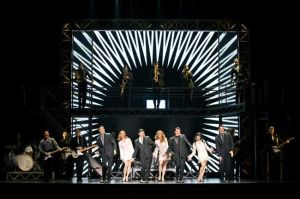