Few are talking about In-Q-Tel investment in ThreatGRID

The CIA’s non-profit venture capital arm, In-Q-Tel, has been pumping millions of dollars into technology startups since its launch in 2000, meaning it’s not the least bit unusual for major vendors to have acquired and assimilated one of these CIA-nurtured seedlings.

So what would make Cisco’s recent acquisition of In-Q-Tel-backed security company ThreatGRID any more noteworthy than all the others?

You’ve probably seen the pictures of NSA employees apparently intercepting and bugging Cisco equipment, and read of the letter sent by Cisco CEO John Chambers to President Obama suggesting the obvious: that this kind of thing is bad for business.

In short, Cisco’s acquisition of ThreatGRID is different because Cisco is today scrambling to counter the impression – especially abroad – that it is in league with the U.S. intelligence community, a charge it has always denied. And in this atmosphere of growing distrust, little distinction will be appreciated between our domestic and foreign spy agencies. Moreover, the connections between Cisco’s new acquisition and U.S. intelligence are more than financial, they are familial, too, as we’ll get to below.

As first noted by blogger Brad Reese, no mention was made of the CIA funding of ThreatGRID by those involved in announcing the deal last week. I was unable to find any mention of ThreatGRID on the In-Q-Tel website, though dozens of current and former funding recipients are listed.

So might real-world buyers even care about such a link?

“I think it’s a reasonable proposition,” says Zeus Kerravala, founder and principal analyst with ZK Research, and a contributor to Network World. “The fact remains, there’s so much uncertainty today about whose watching what that it scares some customers.  The uncertainty though should drive U.S. customers back to Cisco but give cause for concern for overseas ones.  Either way, it doesn’t help security sales for Cisco or really any company.”

There’s an element of bad timing at play here, too, as the deal was clearly in the works before those damaging pictures emerged and ThreatGRID received its CIA funding before the world had even heard of Edward Snowden.

Dov Yoran, co-founder and CEO of ThreatGrid, an antimalware analysis platform that recently received In-Q-Tel funding, said the investment firm required a certain influence on the product road map. The funding ensures that the intelligence community not only gets the technology, but gets a product that is more refined for their needs, he said. …

“In-Q-Tel helps you break that government veil of being an outsider looking in,” Yoran said. “It benefits the company with not only larger exposure to potential clients, but real clients that are actually going to buy.”

Also quoted in that CRN story was Yoran’s brother, Amit Yoran, a senior vice president at RSA who in 2003 was appointed director of the Department of Homeland Security’s National Cyber Security Division, a post he held for a year. In 2006, Amit Yoran served a four-month stint as CEO of In-Q-Tel.

A third brother, Elad Yoran, in addition to having 20 years of experience in the cyber security industry, has served as an advisor to the Department of Homeland Security and currently serves the FBI in that capacity.

The brothers did a televised interview with Fox News on Aug. 14, 2013 where they were introduced as “the self-proclaimed first family of cyber-security.”

None of which should have anything to do with Cisco and its products.

Unless you’re looking for a reason to suspect Cisco and its products. 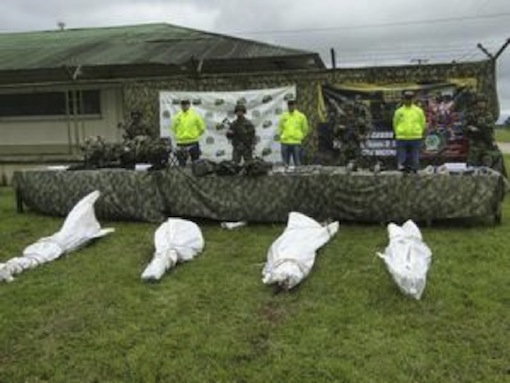