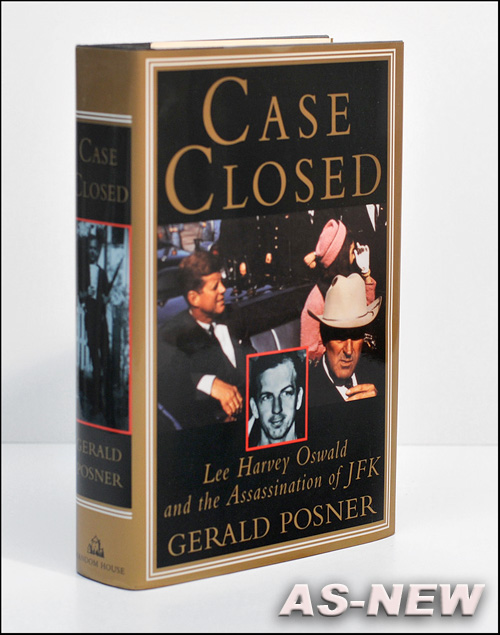 At first glance, I thought my eyes were deceiving me. Here's a complaint letter to the editor published in The New York Times, from a man representing the highly controversial brother of Afghanistan's president Karzai---and the letter-writer's name is Gerald Posner.

Gerald Posner? Isn't that the same name as the investigative journalist who resigned from the website Daily Beast after allegations surfaced of serial plagiarism? (The Miami New Times also provided examples that Posner "seems to add, subtract, or misattribute quotes" and displayed a series of such "apparently altered or misattributed quotes.") ...

Why would Ahmed Wali Karzai hire Posner, of all people, to help clear his name? And why would Posner the journalist take what is essentially a publicity job representing this seemingly unpleasant and fraught fellow?

Actually, Posner has been in a propaganda role before. But first, the letter.

The Times ran it under the headline, Defending Karzai's Brother. It begins,

I represent Ahmed Wali Karzai, the chief of the Kandahar Provincial Council and President Hamid Karzai's younger brother. In your Aug. 13 editorial, "The State of the War," you cite unidentified "American officials" to assert that "the younger Mr. Karzai is involved in the opium trade and other corrupt enterprises" as well as being "on the C.I.A.'s payroll."

Posner goes on to suggest that there's no evidence on these counts. Then, he writes,

Also, while he is a key partner with the Americans and coalition forces---having survived multiple assassination attempts himself---he adamantly denies being on the C.I.A. payroll.

Here, the words "assassination" and "CIA payroll" caught my eye. Gerald Posner is perhaps the leading author in the world who has worked assiduously to convince Americans that Lee Harvey Oswald killed John F. Kennedy and acted alone. As if to ward off all the questions about what the CIA knew about the peculiar events leading up to and taking place on November 22, 1963, Posner titled his book "Case Closed."

But even the House Select Committee on Assassinations concluded in its 1979 final report, fifteen years after the discredited Warren Commission Report, that in all probability there was some kind of organized effort to remove Kennedy: "scientific acoustical evidence establishes a high probability that two gunmen fired at President John F. Kennedy." It concludes " ...on the basis of the evidence available...President John F. Kennedy was probably assassinated as a result of a conspiracy."

Posner's work on the JFK assassination issue puts him essentially in the CIA's camp, by consistently leading readers away from a mountain of evidence regarding CIA connections with key figures in the story, including Lee Harvey Oswald. Posner plays a similar role with the assassination of Martin Luther King with his book, Killing the Dream: James Earl Ray and the Assassination of Martin Luther King, Jr. Now, this journalist is suddenly doing p.r. work for a man accused of being on the CIA's payroll.

Can anyone see a possible pattern here? For further insight, take a look at the reporting by Carl Bernstein (of Woodward and Bernstein fame) for Rolling Stone on CIA infiltration of US media, and maybe some of the fine books on Operation Mockingbird.

Also, another curiosity. The Times waited six days from the date on the letter (which was presumably emailed, as is the custom these days), and then three days after publishing it came out with a blistering piece looking further at convoluted machinations involving the CIA and the Karzai family. (For comparison, note that on August 25 The Times published a letter dated August 25, so they can do so when they want.)

Would be nice to know what's going on behind the scenes with all this.