A key aide to Hamid Karzai at the centre of a corruption investigation has been on the CIA payroll for years it has been alleged. 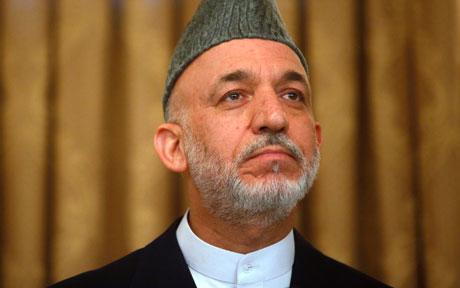 Mohammad Zia Salehi was arrested by a British and American-backed anti-corruption task force last month after being allegedly recorded soliciting a bribe to hamper a money laundering inquiry.

Hamid Karzai, the Afghanistan president, personally intervened to release his aide, angering Western embassies who have asked him to clamp down on the corruption which riddles his administration.

American officials have now admitted Mr Salehi has been paid by the spy agency for many years, a US newspaper has reported.

One official defended paying tainted figures, saying: “If you want intelligence in a war zone, you’re not going to get it from Mother Teresa or Mary Poppins.”

Ahmed Wali Karzai, the president’s brother accused of links to the opium trade, was last year also alleged to be paid by the CIA. Mr Karzai has denied any role in drug trafficking or any payment from American intelligence.

The official told the New York Times: “If we decide as a country that we’ll never deal with anyone in Afghanistan who might down the road - and certainly not at our behest - put his hand in the till, we can all come home right now.”

Mr Salehi, chief of administration for the national security council, is said to have been a trusted intermediary for the government, arranging meetings with insurgents in its attempts to start negotiations with the Taliban.

He was also involved in distributing slush fund payments and luxury cars to the president’s allies.

Mr Karzai is believed to have intervened because of his aide’s potentially incriminating knowledge of palace intrigue, rather than his CIA link.

Detectives reportedly recorded Mr Salehi accepting gifts, including a car for his son, in return for opposing a corruption investigation into the country’s biggest money transfer firm.

The Western-funded and trained major crimes task force arrested him, but he was released on bail before he could be interrogated after Mr Karzai said his human rights had been breached.

Mr Salehi was unavailable for comment and Mr Karzai’s palace and the American embassy refused to comment on the allegations.

A CIA spokesman also refused, saying the allegations were “reckless”.