There’s a spot of skulduggery going on in the International Criminal Court (ICC) at The Hague. Not to put too fine a point upon it, a lot of questions are being asked about why the worshipful judges have, at least publicly, demanded a trial in Europe for Saif el-Islam al-Gaddafi – son of the late Muammar – but have blithely accepted that the dictator’s ruthless security boss, Abdullah al-Senussi, should be tried in the militia-haunted chaos of Libya.

Was this because the court didn’t want to upset Libya’s anarchic authorities by insisting that it try both men at The Hague? Or is there an ulterior, far more sinister purpose: to prevent Senussi blurting out details in The Hague of his cosy relationship with Western security services when he was handling relations between Gaddafi, the CIA and MI6?

Ben Emmerson, who is Senussi’s UK counsel – and, by chance, the UN’s special rapporteur on counter-terrorism and human rights – has described this month’s pretrial decision by the International Court to refuse to try Senussi in The Hague as “shocking and inexplicable” because there is “overwhelming evidence … that the Libyan justice system is in a state of total collapse and that it is incapable of conducting fair trials”.

While making no assumptions about the reasons for the pre-trial hearing’s decision, Mr Emmerson told The Independent that when lawyers for Senussi demanded to know if MI6 operatives had interrogated him during his stay in Mauretania – and before his illegal rendition to Libya – Foreign Secretary William Hague declined to reply. Senussi was deported to Libya, according to several Libyan parliamentarians, after the Mauretanians received a bribe of $200m; the state should have handed him over to The Hague tribunal. And since Senussi has been held in Tripoli, Mr Emmerson and the defendant’s other lawyers have been refused permission to see him.

Senussi’s 20-year-old daughter, Anoud, has described to The Independenthow she saw her father in prison in Libya “apparently beaten on the eyes and nose, very weak and weighing less than 35 kilos”. After arriving in Libya in late 2012, Ms Senussi was imprisoned on charges of using a false passport, but on her release last month, she was kidnapped on her way to the airport “for her own protection” by armed men. Freed unharmed later in the same week, she said she was not sure who had abducted her – but reports suggested one group of Libyan policemen had kidnapped her from other Libyan security men.

“When I saw my father, I was not allowed to be alone with him and I couldn’t talk to him out of earshot,” she said. “He had been threatened he would be hurt if he spoke about his treatment. There will not be a safe court for my father in Libya with the present government – which is powerless to do anything.” Ms Senussi is now living in Cairo.

No one doubts that Senussi is a man who holds many secrets – nor that he had a reputation as one of Muammar Gaddafi’s fiercest and most loyal henchmen. He is wanted for crimes against humanity, and there is no doubt that the torture of Libyan exiles – after their rendition to Libya with the help of MI6 and other Western security agencies after Tony Blair’s “deal in the desert” with Gaddafi – fell under his remit. Senussi was, in effect, the receiving end of the renditions and of the information about Libyan exiles furnished by the West to Gaddafi.

Human rights activists regard Senussi as the black box recorder of the secret liaison between MI6, the CIA and Gaddafi’s security regime. And the longer Senussi remains imprisoned and incommunicado in Libya, banned from meeting his international lawyers, unable to speak freely even to his own daughter and liable to face a fraudulent Libyan “trial” – always supposing it takes place – the secrets of MI6 and the CIA are likely to remain safe. An open trial at The Hague could reveal the full and scandalous relationship between Gaddafi’s thugs and British and American intelligence agencies.

Ben Emmerson is outraged at Senussi’s predicament: “All international monitors have found evidence of systematic torture, abduction and even killings inside Libyan jails and… the Libyan Prime Minister himself was abducted by armed militias,” Mr Emmerson said in Cairo after meeting Anoud earlier this month. Even Libya’s own foreign minister said about this incident that ‘in the absence of a functional, strong and humane criminal justice system in Libya, these things could happen any time’. The Prime Minister confessed that Libya ‘is not a failing state… the state of Libya doesn’t exist yet’.”

Mr Emmerson remarked that a photograph of Senussi taken at his last Libyan court appearance on 3 October – eight days’ before the ICC refused to try him at The Hague – showed him to have lost “a significant amount of weight and his face appeared bruised.”

He had been detained for 14 months in Libya “without access to any lawyer despite his repeated requests to see a lawyer”.

“By any standards, this is an appalling and totally unacceptable violation of fundamental due process,” said Mr Emmerson. “We, the ICC defence team, have been prevented by the Libyan authorities from having any contact with Mr Senussi. It is astonishing that Libya has simply refused to allow us, as Mr Senussi’s defence lawyers, to consult in any way with our client.”

The ICC had ruled that Libya was “not fit to try Saif Gaddafi”, said Mr Emmerson. “The same standard must equally apply to Mr Senussi who is charged in the same case with Saif Gaddafi in Libya.”

Human rights groups suspect that the ICC, anxious to maintain its prestige after criticism from African states that it is concentrating only on African defendants, is also fearful that if it appeals to the UN Security Council – of which the US is a voting member – to have Senussi’s trial held in The Hague, it may be rebuffed.

A notice of appeal has been lodged by Mr Emmerson and his colleagues at The Hague to prevent domestic proceedings continuing in Libya.

Senussi is widely believed by Libyans to have been responsible for the 1996 massacre of more than a thousand prisoners at the Abu Salim jail, and he has been convicted in absentia in France for his alleged role in the 1989 bombing of a French UTA passenger airliner in which 170 people were killed.

Senussi married the sister of Gaddafi’s wife. During the 2011 insurrection in which Gaddafi was himself murdered by rebels, Senussi was blamed for the deaths of regime opponents in Benghazi. 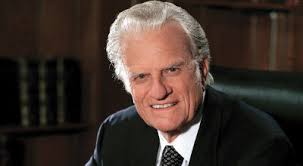