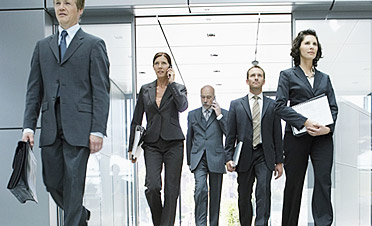 Thirty-one students attended a Center for Career Education-hosted trip on Friday to the offices of the public relations firm Burson-Marsteller, a company that has been criticized for its choice of clients.

Burson-Marsteller markets itself as a company that clients contact “when the stakes are high: during a crisis, a brand launch, or any period of fundamental change or transition.” But, its choice of clientele has been the subject of debate since the firm has worked to improve the images of companies such as Xe Services, the private defense firm formerly known as Blackwater USA and known for accusations of employees killing Iraqi civilians, and the Indonesian government after massacres of protesters in 1991.

Al Spuler, CCE’s executive director of administration and planning, said that CCE is a forum for exploring job and internship opportunities, and that it does not discriminate among potential employers.

“We do not make judgments about or attempt to censor employment opportunities for students,” Spuler said. “Instead, we encourage students to critically research these organizations for themselves and make informed choices based on that knowledge.”

Spuler added that the organizations CCE allows to recruit are chosen based on data from student surveys, economic and labor market trends, student group recommendations, and alumni contacts.

Despite the controversies surrounding Burson-Marsteller, many students showed an interest in working there.

Jason Marshall, GS ’11 , who attended the visit, said he was surprised to hear about the trip since he said that most PR firms aren’t hiring. He also noted the benefits of working for a company with high-profile clients, even if some of those clients are controversial.

“One of Burson-Marsteller’s clients is Merrill Lynch, and of course we had a huge financial crisis in the past couple of years which created problems and changes in the company,” Marshall said. “So how do you solve these issues? Choose the right thing to say to the public? You have to use problem-solving. In the PR world, it seems to me that it’s about taking the good with the bad, taking the tiger by the tail and influencing something in a positive direction.” 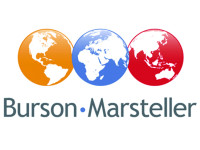 Students who did not attend the trip agreed that CCE was right not to let past controversies prevent a Burson-Marsteller site visit.

Ellen Ward, CC ’13, said while Columbia working with Burson-Marsteller might seem questionable, it should not be Columbia’s job to discriminate.

“It’s hard to think of an academic institution like Columbia having its hands in some of these objectionable cases,” Ward said. “The difficult thing is you can’t make a code of conduct based on what you like and what you don’t.”

R.J. Barker, SEAS ’12, said a lot of the controversies surrounding Burson-Marsteller are dated, citing a case from 1992.

“I mean, we’re talking about two decades ago,” Barker said. “I don’t know what the company is like now and can’t base judgment because of the controversial projects one manager picked up.”

While she did not attend the trip, Kaley Hanenkrat, BC ’11 and president of the Columbia University College Democrats, said that she could not fault CCE for sponsoring a visit to Burson-Marsteller. She added, though, that Columbia puts too much emphasis on traditional post-graduation employment options.

“I don’t think we can or really should stop Columbia from bringing potential employers on campus as students can make informed decisions about where they want to seek employment,” Hanenkrat said. “At the same time though, I wish that Columbia would equally encourage programs like Peace Corps and AmeriCorps that aren’t viewed as traditional ‘post-graduation employment.’”

Burson-Marsteller representatives did not respond to requests for comment.