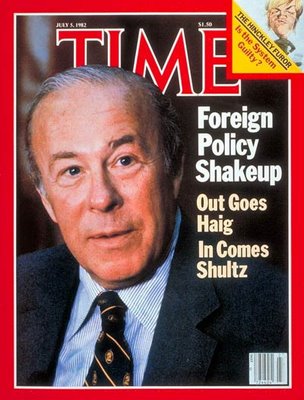 As the Bush-Cheney bund drills deeper into the pages of historical infamy (and Obama appoints protegés of Kissinger, Scowcroft and Schultz to sustain ongoing covert ops outrages), it is incumbent upon concerned residents of this great democracy to take stock of reality (elusive in this age of public diplomacy) and not forget the dope - the financial core of black operations waged by the intelligence sector's world-dominating "elite."

The Rockefellers used heroin to quell the Harlem riots in the 1930s, so there are multiple uses for the opiate, but mostly it brings in gobs of cash. So wouldn't you know that Bechtel, a recurring name in the history of appalling corporate scandals to the present day, would have a place in this sordid history.

Drift back in time for a moment to the early 1970s, when the Nixon adminsitration, like Bush's three decades on, teetered uncertainly on the brink. The central determinant of Nixon's ultimate downfall was Alexander Butterfield - a former spy stationed in Asia. We'll soon visit more spies with roots in the Far East.

Butterfield, recall, made headlines when he casually announced that the president had tape recorded conversations in the oval office. That was the ultimate end of Richard Nixon, who was badly kicked around .. and not one reporter stopped to ponder why a spook in the White House would crucify his boss with this devastating revelation.

Butterfield gave away the store at another key point in history when he spilled the dope beans to Wall Street Journal reporter Jonathan Kwitny, author of The Crimes of Patriots. When asked about Bernie Houghton and other principals at Australia's Nugan Hand Bank, the CIA's cash laundry, Butterfield gave him a few names that broke the bank, so to speak.

Kwitny was referred to General Heine Aderhold, who ran covert operations throughout Asia with John Singlaub, and was in a position to observe the actions of Maurice "Bernie" Houghton at Nugan Hand.

Houghton, it emerged, had been active in the opium trade in the Golden Triangle. Kwitny's investigation led him to dig up a legal claim letter signed by Tom Rahill, an American worker in Dhahrain, Saudi Arabia. According the this letter, "Mr. Houghton's representatives would visit Aramco construction camps in Saudi Arabia shortly after each monthly payday. We investors would turn over Saudi riyals to be converted at the prevailing dollar exchange rate, and receive a Nugan Hand dollar certificate. ... The monies, we were told, were to be deposited in the Nugan Hand Hong Kong branch for investments in various 'secured' government bonds." 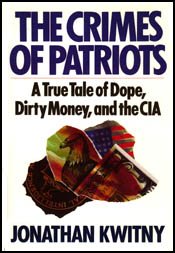 But Aramco wasn't the only company that turned Nugan Hand into a burgeoning financial center. "Other large U.S concerns are said by investors to have boosted Nugan Hand, and let salesmen hold meetings on company property. Among them were Bechtel, the giant international construction firm then guided by George Shultz and Caspar Weinberger, and University Industries, Inc. of San Diego." (University Industries is still around, now known as JWP West. The company website reports that the company was founded "in the mid-1960s as a water supplier to Long Island and Queens, New York, JWP transformed itself through acquisition. By the start of the 1980s, JWP was the nation's largest computer reseller and the biggest electrical and maintenance contractor. Essentially, clients use JWP to help increase productivity and decrease costs by upgrading their facilities through, for example, more efficient communication and computer systems. JWP designs, installs, and supports these technical systems." For more, see: Pollack, Andrew, "JWP Gains Control of Businessland," New York Times, August 6, 1991, and Steinberg, Jacques, "Water Utility of a Thousand Faces," New York Times, November 2, 1991.. )

Employees of Aramco, Beck, Bechtel and University Industries (officials there actually confirmed Kwitny's allegations, to his complete surprise, with the comment, "sounds like you've go quite a story there.") were directed to Bernie Houghton, who talked them into investing in the bank at a promised return of 18%. Houghton only dealt in hard cash, and was seen leaving Bechtel with garbage bags stuffed full of paper money.

When the bank went bust, the employees lost their investments. The scheme made Enron's stock manipulations look like a putting gteen.

"President Reagan came to office with a mission: to roll back the frontiers of world communism, especially in the Third World. Almost from the start he singled out Nicaragua as a dangerous base of Soviet bloc operations in the Western Hemisphere. But with the American public's anticommunist sentiments dulled by a decade of détente and memories of Vietnam, how could his administration revive support for combating the Nicaraguan challenge to U.S. power and credibility? 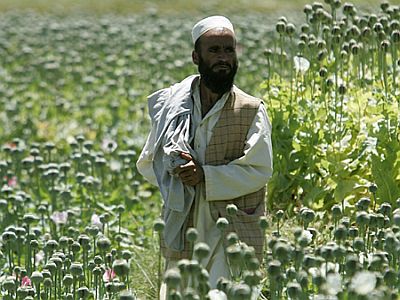 "One answer was to invent a new threat, closely associated with communism and even more frightening to the public: narco-terrorism. The term, rarely well defined by its users, encompasses a variety of phenomena: guerrilla movements that finance themselves by drugs or taxes on drug traffickers, drug syndicates that use terrorist methods to counter the state's law enforcement apparatus, and state-sponsored terrorism associated with drug crimes.' But in the hands of administration officials, the epithet served a more political than analytical purpose: to capitalize on popular fear of terrorists and drug traffickers in order to mobilize support for foreign interventions against leftist regimes. As two private colleagues of Oliver North noted in a prospectus for a propaganda campaign to link the Sandinistas and drugs, "the chance to have a single issue which no one can publicly disagree with is irresistible.

"Administration spokesmen drove the lesson home through sheer repetition. In January 1986, President Reagan said, 'The link between the governments of such Soviet allies as Cuba and Nicaragua and international narcotics trafficking and terrorism is becoming increasingly clear. These twin evils - narcotics trafficking and terrorism - represent the most insidious and dangerous threats to the hemisphere today.' A year and a half earlier, Secretary of State George Shultz decried the 'complicity of communist governments in the drug trade,' which he called 'part of a larger pattern of international lawlessness by communist nations that, as we have seen, also includes support for international terrorism, and other forms of organized violence against legitimate governments.'"