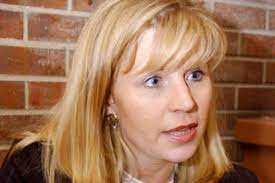 Time Machine, 2009 - Trip the chronological warp interface, toggle through the blur, and we come to the weirdly compatible pairing of Liz Cheney, advocate of the CIA's torture-"enhanced" interrogations, and Republican megadonor Mel Sembler, who tortured children at his Straight, Inc. "drug treatment" centers in the 1970s and '80s:

Is that 'Keep America Safe'—or "Keep Cheney Out of Jail?'

"We find an absolute obsession with one issue: a criminal probe into the origins of the torture program by the Justice Department. The whole Keep America Safe campaign is geared to making the point that the torture program and other Cheney-authored measures that probably crossed the threshold into criminal conduct were perfectly legitimate policy alternatives. Keep America Safe seems largely dedicated to keeping Cheney out of jail."

"One of the Republican Party's biggest fundraisers confirmed Friday that he plans to help bankroll Keep America Safe, the new political advocacy group started by Liz Cheney to attack President Obama's national-security policies. As reported here Thursday, Keep America Safe will run radio and Web ads criticizing Obama in the home districts of vulnerable Democratic congressmen. "I love Liz Cheney and what she's doing," Mel Sembler, a Florida real-estate magnate said in a telephone interview, adding that he planned to be "as supportive as my budget will allow." Sembler wouldn't discuss numbers. But in his case those resources are considerable. A former finance chairman for the Republican National Committee who later served as President George W. Bush's ambassador to Italy (and chairman of the Scooter Libby Defense Trust), Sembler has pumped at least $456,605 into political races over the past 12 years.

"Sembler has long been close to the Cheneys—he tried to persuade Dick Cheney to run for president in 1996 and is now encouraging Liz Cheney to run for Congress from Wyoming (although he added she's not yet convinced "the time is right"). So while not exactly a surprise, Sembler's comments help clear up one mystery: where at least some of the money will be coming from when Keep America Safe starts running ads blasting Obama for promising to shut down Gitmo."

Keep America Safe was made to order for Rachel Maddow, who, on October 23, 2009,doused it in her signature, perky sarcastic tone on MSNBC:

"America, meet Mel Sembler [photo]. He may not be a household name to most of us, but he‘s a Florida real estate mogul who is very, very well-known in Republican circles. ...

"Mr. Sembler told 'Newsweek,' quote, “I love Liz Cheney and what she‘s doing. I‘ll be as supportive as my budget will allow.'

"Mr. Sembler is a very close friend of the Cheney family. Here he is posing with the former second lady of the United States, Lynne Cheney.

"He‘s so close to the Cheneys, in fact, that in addition to bankrolling the Cheney family‘s new anti-Obama political group, Mr. Sembler is also the chairman of the Scooter Libby Legal Defense Trust set up to defend Mr. Cheney‘s chief of staff, Scooter Libby, when Mr. Libby was charged with lying and obstructing the investigation into the Bush-Cheney White House, outing a covert CIA officer as political revenge. ...

'Mike, thanks very much for coming in tonight. Is Mel Sembler the only confirmed named donor for this effort? Have they released any other information about who‘s spending them money?

"Isikoff: No, they have not disclosed their donors. They have said they‘re not going to do that. But Ambassador Sembler volunteered that he had been contacted by Liz Cheney and was willing to help, wants to help put money in.

"And there‘s very few people who have the resources to pump money into Republican Party causes, bigger and more influential than Mel Sembler."

Sembler's "drug treatment" program has made headlines sporadically for years, but Liz Cheney didn't much mind trifles like the torture of children - she advocated torture herself, so what was the problem? England's Independent ran a first-hand account of Sembler's drug treatment regimen on March 21, 2019 - when another prominent GOP politician was feeding off of his largesse:

"I was caged, beaten and warehoused by Republicans at a 'concentration camp for throwaway teens' in the 1980s"

By Cyndy Etler
"America is shocked by the Trump administration’s putting kids in cages, but such tactics —designed to create terror and modify behaviour — are nothing new. Republicans have been using it for decades. I know: I was a kid caged by Republicans in the 1980s.
"The same ideology that allowed Straight Inc to happen empowers Republicans like Trump to push for a Mexican border wall and turn a blind eye to children being caged at the border (EPA)I don’t have to say I was “caged.” I could say I was “impounded” or “imprisoned.” To be precise, I’d choose the word “warehoused.” Because that’s where they stored us, the tens of thousands of teens whose parents didn’t want to deal with them anymore: in warehouses across the United States.
"Our parents dropped us off, wrote a cheque and walked away. Like the immigrant children separated from their families at the U.S. border, we wouldn’t talk to our parents again for 10 months, a year — sometimes, depending on the kid, longer.
The warehouses were called Straight Inc., a “treatment” program for child drug addicts. This was strictly spin. If the founders were honest, they’d have called Straight what the ACLU did: “a concentration camp for throwaway teens”.
"Most of us had barely smoked weed ..."