Tamerlan Tsarnaev was an Alex Jones Fan with an "Interest in Anti-Semitic Conspiracy Theories," Says Relative - The Constantine Report
0 SHARES

Tamerlan Tsarnaev was an Alex Jones Fan with an "Interest in Anti-Semitic Conspiracy Theories," Says Relative

The elder brother and alleged mastermind of the Boston bombings read Infowars, according to a relative 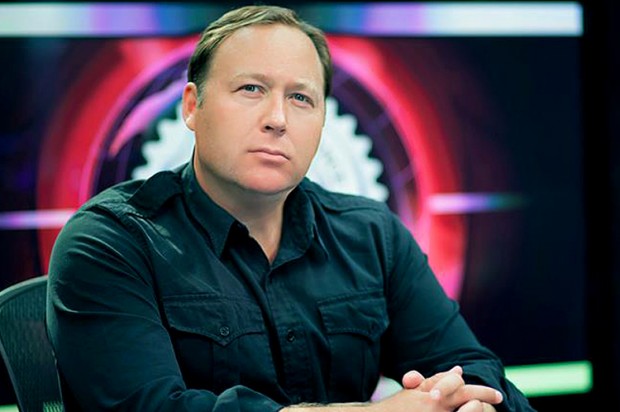 In a bizarre twist befitting a Hollywood conspiracy theory movie, the AP reports today that Boston Marathon bombing suspect Tamerlan Tsarnaev was influenced by conspiracy theories, including Alex Jones’ website Infowars, which has been pushing a narrative that the Tsarnaev brothers were patsies set up by a government cabal to take the fall for the bombing.

Tamerlan “took an interest in Infowars,” according to Elmirza Khozhugov, the ex-husband of Tamerlan’s sister. He was also apparently interested in anti-Semitic conspiracy theories and was trying to find a copy of “The Protocols of the Learned Elders of Zion,” one of the most notorious conspiracy tomes of history.

There’s no doubt that Jones will take this report as confirmation of everything he’s been preaching. The report, he will claim, was planted in the AP — the government controls the media, after all — and is a naked attempt to discredit him and definitive proof that the globalist cabal views him as a serious threat. He was getting too close to the truth in Boston, so they decided to try to take him out. It’ll be a big shot in the arm to Jones’ grand theory of the bombings, which has suffered from an embarrassing lack of evidence and logical consistently . He said the government first planned to blame the Tea Party, but then was found out and had to switch Plan B — blame Muslim extremists — so with the AP report, Jones will say, the government is trying to return to Plan A.

Meanwhile, in the real world, it underscores how dangerous and seductive conspiracy theories can be. The ideology of al-Qaida, which seems to be the primary influence on the Tsarnaev plot, can be seen as a conspiracy theory in itself, which places the United States at the center of all evil in the world. Even the extermination campaigns of the Third Reich were essentially built on a conspiracy theory.

UPDATE: Sure enough, within minutes of the AP story breaking, Jones told BuzzFeed’s Rosie Gray that it’s all a conspiracy against him:

“I’ve seen this before,” Jones said. “The federal government trying to connect me to tragedies. That’s the media and the government’s own conspiracy theories.” Jones compared the situation to when Richard Andrew Poplawski, a Pittsburgh man who killed three police officers in 2009, was shown to be a conspiracy theorist who frequently visited the Infowars website. “It’s standard for them to talk to people, go through computers, and any time someone’s done something bad they connect it to us,” Jone said.

Boston Bombings: FBI Agent at Center of Case is Under Investigation for Ties to Mafia Boss Accused of Heroin Dealing & Multiple Murders