An FBI special agent who lost his job in 2008 told Newsweek columnist Jeff Stein his story about how the 9/11 hijackers slipped through the cracks at the FBI and CIA more than a decade ago.

Mark Rossini said the CIA prevented him from going to FBI headquarters with the information that two known terrorists, who later went on to carry out the 9/11 attacks on the World Trade Center, had entered the US.

Government reports on 9/11 blame a vague “intelligence failure” for the terrorist attack that killed about 3,000 people in 2001 and provide little clarity on why the CIA didn’t communicate crucial information about the hijackers to the FBI. This information, in theory, could have helped the US to prevent the attacks.

Rossini said that after 9/11, when congressional investigators started asking him questions about his work with the CIA’s Osama bin Laden unit, he and another FBI agent stayed quiet at the direction of CIA officers.

“It was just understood in the office that they were not to be trusted, that [the congressional investigators] were trying to pin this on someone, that they were trying to put someone in jail,” Rossini told Newsweek. “They said [the investigators] weren’t authorized to know what was going on operationally. … When we were interviewed, the CIA had a person in the room, monitoring us.”

He eventually told the FBI in 2004 about what happened. He said he regrets obeying CIA orders and not going to FBI headquarters with the information that Khalid al-Mihdhar, who would go on to hijack one of the planes used in the 9/11 attack, was in the country.

The CIA had been tracking al-Mihdhar for some time already. It wasn’t until the agency lost track of him and another future hijacker, Nawaf al-Hazmi, in the summer of 2001 that the CIA went to the FBI with the information that the terrorists were in the US.

Rossini pointed out that al-Mihdhar was “a known terrorist that [the CIA] follows around the globe. He’s a subject of several cables, he comes to America … and they allow him to leave America and go back to Yemen for the birth of his baby. And he comes back.”

If it was the CIA’s plan to recruit al-Mihdhar and al-Hazmi, as former White House counterterrorism adviser Richard A. Clarke has suggested, it obviously did not work. A few months after the CIA lost track of the two terrorists, the 9/11 attacks were carried out.

The US still doesn’t have an official explanation as to why CIA officers forbade Rossini from going to FBI headquarters with the information about al-Mihdhar and al-Hazmi.

Several top government officials have gone on the record with doubts about the CIA’s version of events leading up to 9/11.

Read the full report at Newsweek > 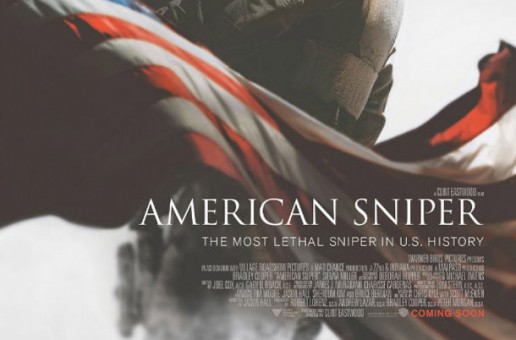 Now They Know How Many Holes it Takes to Fill the Academy’s Hall: Fact-Checking ‘American Sniper’
Jan 21